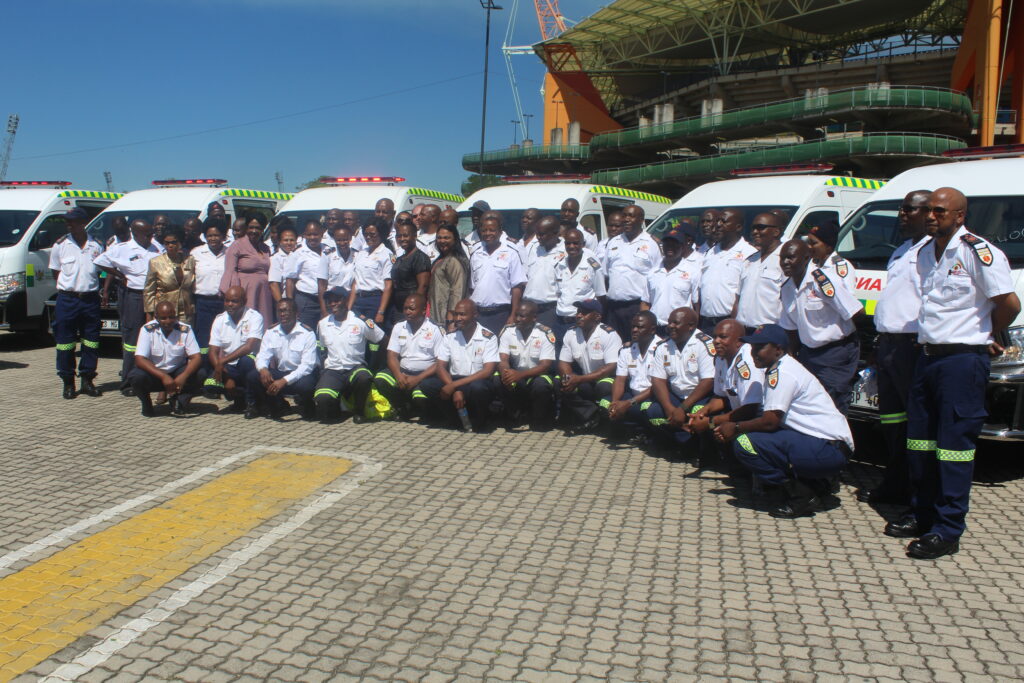 In an effort to improve healthcare services in the province, the MEC of health in Mpumalanga, Sasekani Manzini unveiled 17 new ambulances for the whole province on Tuesday, the 9th of April 2019.

“I further spoke to the private sector last year whereby they committed themselves to donate 10 more ambulances for our province for the last financial year, and also agreed to donate more ambulances in the current financial year, because I told them that it will be a marketing advantage for them while assisting our people and giving back to the communities where it matters the most,” Manzini added.

The MEC also said that as a department, they are very happy for being able to have helped lessen the crisis. She further advised people to make urgent use of the local clinics when not feeling well, in order to avoid the emergency crises. She also appealed to community members to work together with the department to improve healthcare services.

Within the three districts in the province, Ehlanzeni received 7 ambulances, compared to five each for Nkangala and Gert Sibande districts. It was also mentioned that more ambulances will be donated accordingly before June this year.