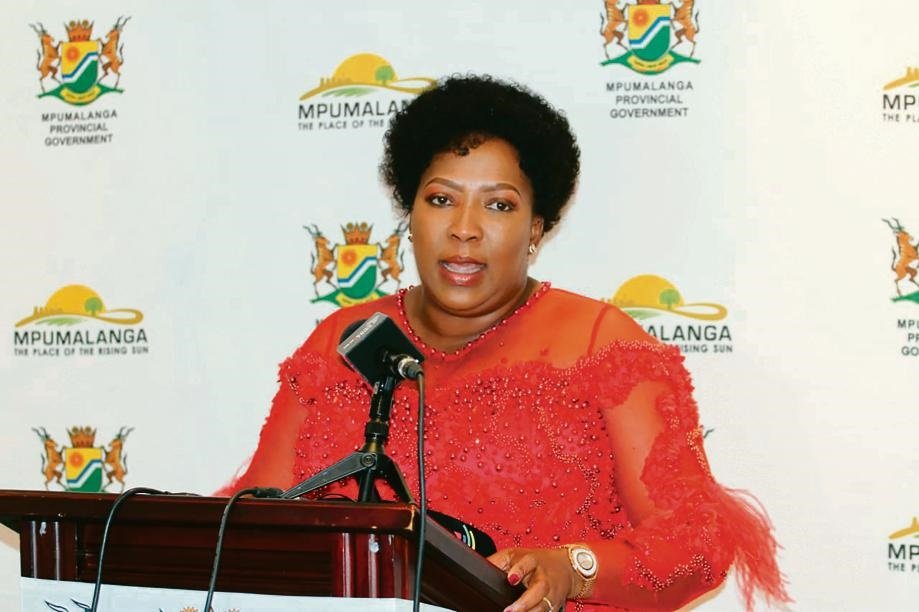 The premier of Mpumalanga, Ms Refilwe Mtsweni-Tsipane recently unveiled 67 ambulances at a ceremony that was held at Mbombela Stadium. Mtshweni said these new vehicles will help in ensuring that patient transport is efficient, safe and reliable, and also help in providing efficient emergency health care services.

Mtsweni-Tsipane said the province invested R35 million in order for the vehicles to be equipped with technology which will help treat patients at intermediate life support level. The premier said they decided to invest in these new ambulances in order to improve the quality the province’s emergency healthcare services.

She said this will help the province in reducing the mortality rate by improving the quality of emergency services provided during  ‘the golden hour period’, which is the time on which victims of accidents and trauma can still be stabilised. Mtsweni-Tsipane said this period determines whether a patient survives or succumbs to their injuries, so the availability of modern analysis equipped with the latest medical kits and technology will enable the EMS staff to get to accident scenes faster and to treat people more effectively.

“Our investment in these ambulances will also greatly assist the seamless coordination of healthcare services between our 37 permanent EMS stations, our five satellite stations, three EMS communication centres and all healthcare facilities across the province. The cost is not for the vehicles only, it includes the equipment inside. It is modern technology that is used and resuscitate our people before they reach the special areas of attention,” she said.

Health MEC, Ms Sasekani Manzini said it was a wonderful day for the Department of Health. She said the department did not have a director of EMS before, but  those present can hear from the director of EMS,  Nkateko Sithole, that the health department is moving in the right direction.

Mpumalanga DA leader, Ms Jane Sithole, said the party welcomed the ambulances. She said they will significantly reduce response times to distressed calls, especially around the rural municipalities such as Thembisile Hani, Dr JS Moroka, Nkomazi and Bushbuckridge. Sithole said the response time to emergencies will help prevent incidents like the one where a three-year-old child died while waiting for an ambulance recently.

“In April 2019, Manzini said a total of 178 ambulances were operational to respond to any emergencies in the province. However, this meant that in 12 months, the department’s fleet decreased dramatically from 178 to 33, a shocking 81 per cent reduction. Upon enquiry, we did not receive answers regarding the whereabouts of the 145 vehicles. The DoH also lost two of the brand-new ambulances bought in October 2019,” Sithole explained.

Sithole said earlier this year, the DA reported  that the Mpumalanga Department of Health had only 33 operational ambulances to service 3.97 million people who do not have the luxury of medical insurance, which amounted to less than 1 ambulance per 120 303 people.

Sithole said the party urges the Premier to ensure that the ambulances do not gather dust in hospitals’ basement parking somewhere due to chronic staff shortages that are currently faced by the Department.