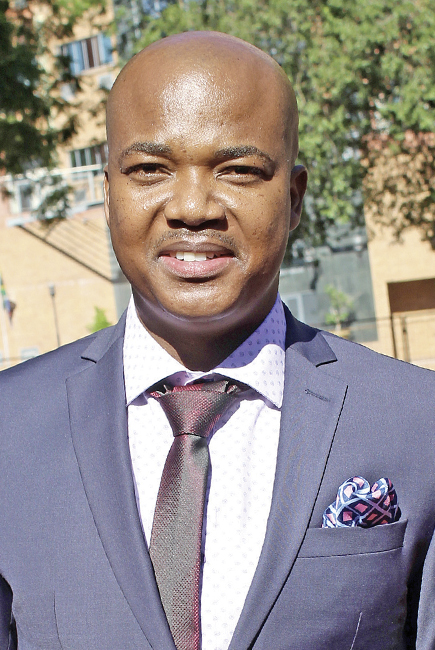 Violence has already flared up a number of times at ANC branch meetings in Limpopo during this period of regional elective conferences. However, the Waterberg (Modimolle), Vhembe (Thohoyandou) and Peter Mokaba (Polokwane) regions have yet to elect their new leaders and there are concerns that the contestations may turn ugly, due to what ANC members have heard has been happening in KwaZulu-Natal and Mpumalanga.

Mopani (Tzaneen) held its conference last week, while Sekhukhune’s (Groblersdal) is taking place today. According to insiders, Waterberg is showing signs for becoming a hub of violence, given its past of hitmen allegedly being hired by politicians to eliminate their rivals.

Last weekend, 18 people were injured and two were shot in Ward 12 (Ga-Seleka) during a branch general meeting. Several cars were also vandalised. The police are investigating cases of attempted murder, assault, malicious damage to property and public violence.

Limpopo ANC spokesperson, Donald Selamolela said the Ga-Seleka incident stood out as the worst one.

“We’ve had very isolated incidents of violence in branches. This one, followed by another one that happened in Vhembe, has been our lowest point,” he said.

In Musina in the Vhembe region, party members armed with machetes and hammers were seen in recorded video causing havoc at a Ward 4 branch meeting at the Nancefield Community Hall.

“We’re on high alert, particularly in Waterberg, considering its volatile situation. We’ll act against any of our members involved in violent acts and ensure the law takes its course. What’s been happening is foreign in this province,” said Selamolela.

“The provincial executive committee has suspended branch general meetings in Waterberg until further notice,” he added.

One ANC member described Waterberg as having a unique “nature and character”, while another said it was a “different country”.

“Those comrades aren’t interested in who leads the province. Their fight is focused on the economic opportunities at Medupi Power Station and the platinum mines in that region,” he said.

The ANC in Limpopo has been divided by one issue in recent times – the looting scandal surrounding the now-defunct VBS Mutual Bank, in which municipalities had collectively invested R1.2 billion. Most of them lost all the money when the bank was liquidated.

Those who stood by mayors who invested in the bank are contesting power with individuals who viewed the investments as corrupt. This pro- and anti-VBS line will almost certainly be used to determine who becomes the provincial ANC chairperson when the conference takes place in the middle of next year.

The Mopani region elected Pule Shai, the district’s mayor, as chairperson, and Goodman Mtileni, the chairperson of the select committee on public accounts in the Limpopo legislature, as secretary. Both were known to have taken an anti-VBS stance.

Selamolela said that the Waterberg, Vhembe and Peter Mokaba regions were not ready, as they had not reached the threshold of 70% branches to meet the criteria to elect delegates to the conferences.

The Vhembe contest will be between former Thulamela municipal manager, Makonde Mathivha and current executive mayor for the Vhembe district municipality, Dowelani Nenguda. In the Peter Mokaba region, Capricorn district mayor, John Mpe has confirmed his availability to lead the region again. Mpe will most likely contest the position against Polokwane mayor, Thembi Nkadimeng.

The regional conferences will give an idea of who will come out as provincial chairperson next year – a position that Mathabatha is reportedly willing to relinquish. It is not clear who is interested in succeeding Mathabatha.

Tension in KwaZulu-Natal and Eastern Cape ANC branches has not yet run high.

In Mpumalanga, however, serious incidents of violence (including one death) have been reported since last year, as the province has been preparing for the provincial elections to replace Deputy President David Mabuza, who left in 2017.

The family of the late Prince Manzini is suing the ANC for R65.1 million after he was assaulted at a chaotic Mpumalanga branch general meeting in Ward 22 in Gutshwa near Mbombela last year. He died after the beating. The violence broke out when people were admitted to the venue without having their identity documents scanned or signing the attendance register.

Luthuli House has ordered that branch general meetings in the province’s most volatile sub-region of Nkomazi be suspended following the assault of members about two months ago.

In KwaZulu-Natal last weekend, police averted a possible bloodbath when they arrested five men carrying a variety of unlicensed firearms in Isipingo, south of Durban. The armed men were allegedly en-route to attack members at a branch general meeting in Mkhambathini, near Pietermaritzburg.

Other incidents in KwaZulu-Natal have been reported in the Moses Mabhida region.

The Eastern Cape ANC has decided to deploy provincial executive committee members to oversee branch general meetings that are electing councillor candidates for the local government elections. Incidents of violence have already been reported in the Amathole, Alfred Nzo and Buffalo City regions.