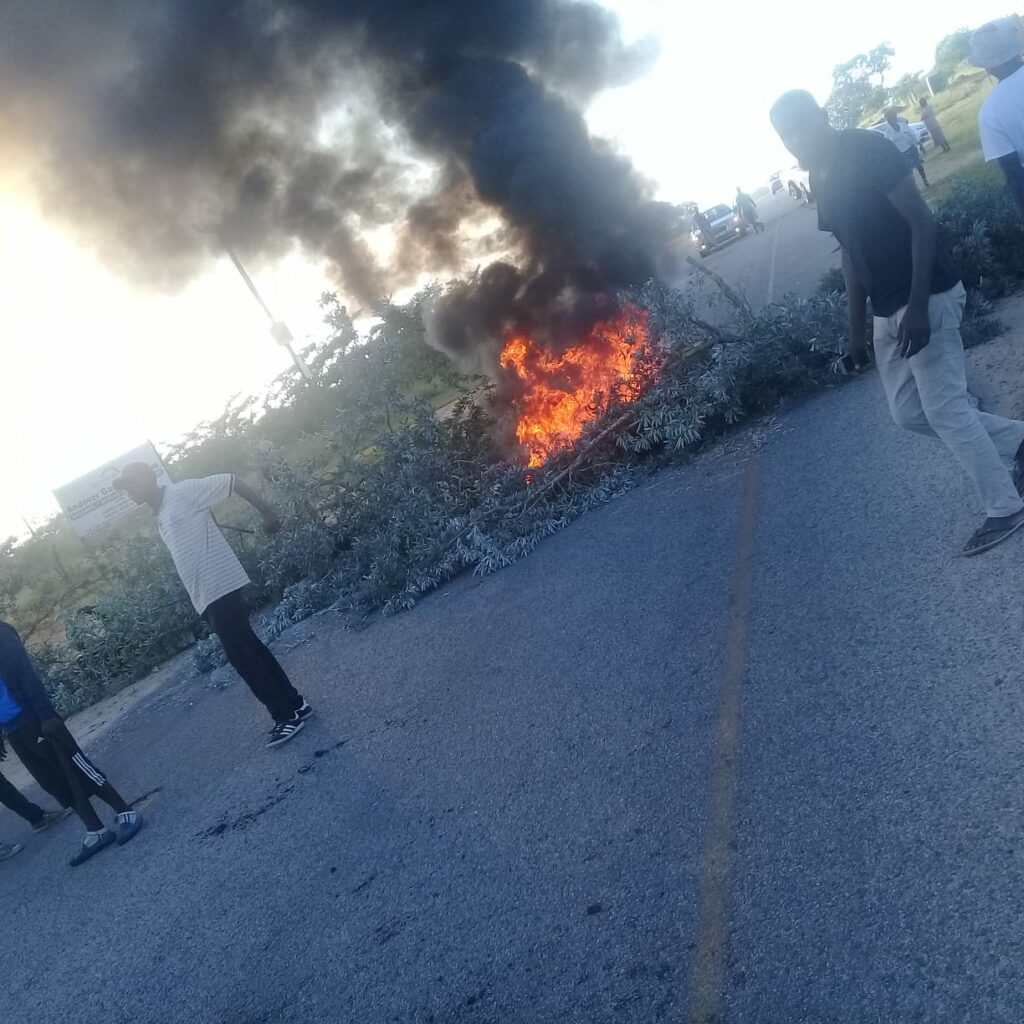 The residents of Andover village have resumed with the protest that was halted a week ago.

This is due to allegations of corruption, nepotism and other issues, which the community say they’ve had enough of, particularly against the manager of the game reserve, Mr Manyike.

“Honestly, we don’t want Manyike anymore,” Mbuyiseni Mnisi, one of the community leaders said. “We’ve been trying to engage with him for quite for over eight months now, but then he’s very stubborn and arrogant. Last week, he told us that we would meet today, but then now he’s nowhere to be found, he doesn’t want to meet with us and we don’t know what his problem is,” Mnisi also said.

In our attempts to get a comment from the manager, Mr Manyike, we have been unsuccessful.