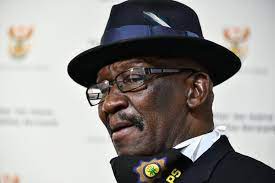 Zakhele Morris Nkosi (34) appeared in white River Magistrate Court in Mpumalanga on Thursday 04
August 2022 following investigation, that linked him to the impersonation of Minister of Police
General Bheki Cele. According to information, investigation revealed that there were approximately
one hundred and sixty-one (161) facebook accounts and two (2) facebook groups pretending to that
of the minister, carrying combination of both his name and pictures.
Similarly, Mzomusha Hlongwane (25) also linked on other facebook accounts, he pleaded guilty on
all charges and was immediately sentenced by the same court on 03 December 2021. Meanwhile
Nkosi is expected to be back in Kanyamazane Magistrate Court on 11 August 2022 and more arrests
are expected as investigations continue into other suspects. 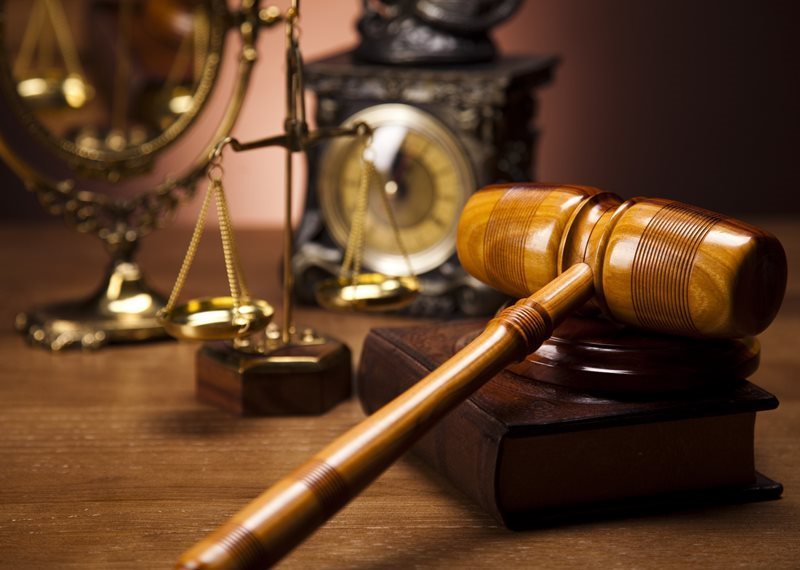 Former attorney, Betty Diale (52) was reportedly caught out by the Fidelity Fund, which oversees the
conduct of attorneys. The fund received several complaints from the Road Accident Fund claimants
said the National Prosecuting Authority, these claimants stated that their payments were deposited
into Diale’s trust account said the spokesperson, Henry Mamothane. During the investigation of the
crime, Diale was practicing as an attorney. The theft is said to have allegedly happened between
2009 and 2011, and she was charged with six counts in June last year.
“Diale is facing six charges of theft amounting to approximately R700 000 allegedly stolen from the
Road Accident Funds claimants,” said Henry. The Legal Practice Council has taken her off the roll,
meaning this prevents her from practicing as an attorney due the charges label on her name. Diale
appeared before the Rustenburg Regional Court on Monday 25 June 2022, where she was out on
warning and has been cautioned not to interfere with the state witness. “The matter was set for pre-
trial, however her defence attorney indicated to the court that they intend to enter negotiations
with the state about the charges” said Mamothane.
The state did not oppose the postponement and the former attorney is expected to return to the
same court on Monday 29 August 2022 for negotiations. According to information, the state will
engage with Diale’s attorney on the negotiations, although it is unknown what the negotiations are
about at this stage.

A suspect was captured in connection with burglary, and he has been charged with theft.
Mpumalanga police representative Selvy Mohlala said the business burglary happened on
Wednesday 03 August before 21h00. “As per data, two armed suspects are said to have gotten into
a guest in Sonheuwel, tied specialists, took undisclosed amount of money and cellphones then fled
the scene” said Mohlala. According to information, a co-ordinated gathering including safety officers
and some local area individuals apparently followed the supposed suspects to one of the bars in the
Focal Business Region and cornered one man. A portion of the cell phones and money taken during
the robbery at the guest house were tracked down in the ownership of the suspect.
One of the suspects is said to have supposedly ran away from the area and the gathering sought
after him as he got around the wall to Spoornet premises. All the while it was said that shots were
discharged. “a couple of moments later, the man was then found by a Spoornet representative, lying
unmoving. The representative then cautioned the police about the unmoving man and upon arrival
police found that the man aged 35 had gunshot wound twisted at the back and paramedics were
contacted immediately and the man was certified as dead at the scene “said Mohlala. According to
information. A gun with live adjusts and a portion of the cellphones as well as the money were
likewise found at the scene. Starter examination proposes that the things could be those taken from
casualties during the robbery at the guest house. The captured suspect is said to appear under the
watchful eye of the Nelspruit Justice Court, with a charge of ownership of thought taken property
and the police spokesperson said charges could be added as investigation are still taking place.

The driver of a Buscor bus that was on its way from Mataffin to Riverside Industrial lost control of it
at the traffic circle, R37, Sabie to Lydenburg road with more than 50 passengers inside. No death’s
reported but only minor injuries the passengers were rushed to Rob Ferreira Hospital for Medical
attention. Motorists are advised to drive carefully and avoid speeding.

Department of Co-operative Governance and Traditional Affairs (COGTA) hosted a special meeting in
Nkomazi Local Municipality on Tuesday 02 August 2022, in terms of section 29(1A) of the Local
Government Municipal Structures Act No. 117 of 1998. During the special meeting, Councillor
Phindile Petunia Magagula was elected as the Municipality Executive Mayor. Cllr Magagula’s election
as the Executive Mayor follows the jobs within the Municipal Council as declared by the independent
Electoral Commission (IEC) on the 24 th of June 2022 and she brings a wealth of experience to the
position having served for two terms in local government in various capacities as MMC in Planning
and Development and Corporate Services.
In addition to the special meeting, Proportional Councillors were sworn in: Cllr Lindiwe Thembi
Vuma, Cllr Phindile Charlotte Luphoko and Cllr Zandile Innocentia Shungube by the Magistrate Ms
Ningi Neku. Meanwhile the MEC for Cogta Mandla Ndlovu welcomed the election of the new
Executive Mayor and the councillors that were sworn in as part of bringing strength and an increase
in speeding service delivery within the Municipality.

The hawks provincial head Major General Zodwa Mokoena has welcomed the sentence of one of the
drug dealers, she hailed the investigation team for commendable efforts and further appreciated the
collaboration with our communities in ensuring that criminals are brought to book then remain in
custody. The approval followed the arrest of a criminal group during Dream on Project at Bethal in
Mpumalanga between June 2021 and July 2022 respectively. They appeared before the Bethal
Regional court on Tuesday 02 August 2022 with charges of dealing with drugs.
Chibuzo Chicoze Ogbunuku (36) entered a plea agreement with the state, and he was sentenced to
eight years direct imprisonment collectively for dealing with drugs, conspirency to commit an
offence, corruption, escaping from custody, illegal entry, departing or remaining in the country. The
case against Okereke Valentine Okwidiri (36), Kadima Remy (30), Male Mokoko (34), Mukembani
Justin Kasindo (35), Rudi Angel Kishuka (25), Bongiwe Malingela (42), David Enewere (35) and
Hassanda Kaluwe (32) was postponed to 30 August 2022 for legal representative.
Mbusho Janvier Kikaranga (35) who appeared in absentia was remanded in custody until 15 August
2022 for bail application.

frequently asked questions and their answers

A baby was found on Saturday morning 30 July 2022 at Emsangweni informal settlement in
eMalahleni after being abandoned by its mother. The baby was left at the doorstep of a house in the
area where it was discovered by the homeowner in the morning. According to information, the baby
is said to be a few days old and alive, the parents of the child are unknown now and the baby was
taken in by medical people for medical check-ups. Members of the community did not keep their
words regarding the handling of the matter by the Vosman police who allegedly took hours to
respond, they say the police station and its staff members continue to fail the community they are
not trusted to serve.
Community members are urged to come forward with any information that may assist in finding the
mother of the newborn child. A member of the ward 7 committee made a serious call to the
community to stop abandoning children to avoid the rising number of cases of abandoned babies.
He said mothers have other options if they do not want to keep their children.

Police minister Bheki Cele had met with six out of eight victims that were raped in Krugersdorp,
Alexan by the Basotho gang that rubbered property worth R1.5 million and then rapped eight
women. According to the information given by the police minister, Bheki had visited the victims, where
a production company was shooting a music video when they were attacked by an armed gang.
Bheki Cele went to sympathize with the family and to make the promise that no stone will be left
unturned in this matter and eighty-three suspects have been arrested already, it is said that if there
are more suspects, arrests will be made. According to information crime incidents have been taking
place repeatedly and it is uncontrollable now but the police minister had promised the six families
that Justice will be served accordingly, and police are still investigating.