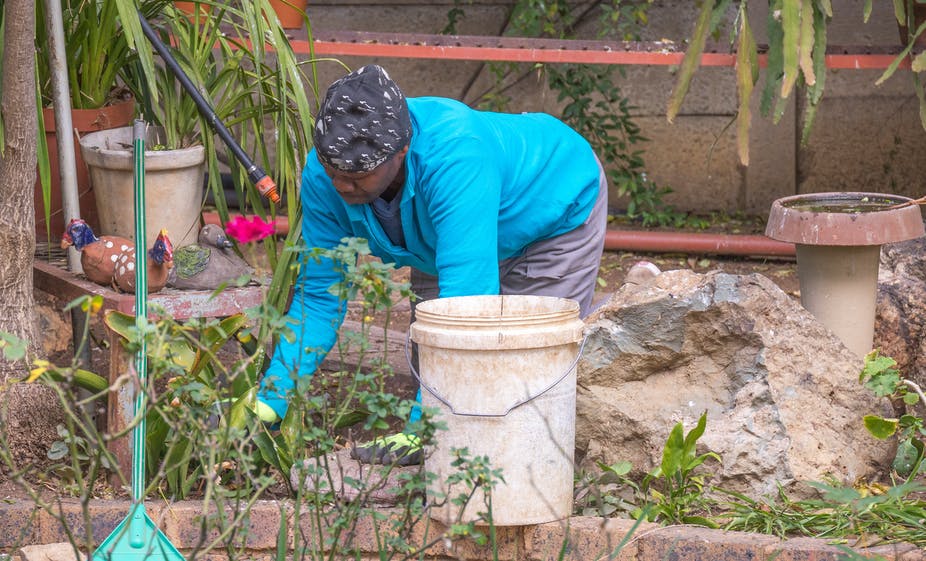 Domestic workers’ earnings are falling below the living wage in SA. Their average earnings are recorded in the fourth annual SweepSouth report on pay and working conditions for domestic work across Africa.

The report, based on survey responses from 7,000 workers in the past year, shows that domestic workers — who are not on the SweepSouth platform — earned between R2,614 and R2,916 a month, which fell below the minimum wage increase as of March 1, 2021.

This year’s report was the first to be conducted across three countries — SA, Kenya and Nigeria. It found domestic workers who were not on the cleaning service platform, had experienced a decrease in their average earnings from 2020. These domestic workers earned between R2,614 and R2,916 a month, according to the report.

“This may be as a result of increased income pressure on employers, as well as lower paid domestic workers returning to work. While SweepSouth has advocated for an improvement in pay for domestic workers across the board, we have been met by the challenge of a slow economy and a lack of willingness and/or the ability to pay more. This has meant that attempts to raise minimum pricing have often led to a decrease in average earnings,” said the report.

Data from the report showed that 21% of domestic workers earned less than R1,500 a month while only 1% earned above R6,000 a month. The report suggested that increases in the minimum wage for domestic workers over the past few years had contributed to an upward momentum in earnings.

“Continued increases matched with better enforcement hold the potential for significant improvement in domestic worker earnings in the years to come.”

Earnings for domestic workers in Gauteng were found to be 8% higher than in the Western Cape and 27% higher than the rest of SA.

“Most domestic workers have a single primary role, but the more primary roles they have, the greater their earnings,” said the report.

Childcare was found to be the most profitable domestic worker role. According to the group’s findings, almost one in five domestic workers in SA participated in a stokvel but less than one in 10 reported having any personal savings or pension.

“The low savings rate is worrisome as this leaves households vulnerable to any financial shocks. In SA, very few respondents reported having private medical aid or medical insurance and are therefore reliant upon government-provided healthcare for taking care of their physical and mental health, unless they can spare enough money in their budget to pay out of pocket for private healthcare,” the report said.

The report concluded that debt levels were concerning in all countries surveyed. SA nationals showed similar levels of indebtedness to Kenyan and Nigerian respondents. The report found more than half of South African respondents owed money to a shop or store, which indicated easy credit and predatory lending practices in SA.

“This is likely due to a reduced ability for foreigners to access credit in SA. Despite their high level of indebtedness, about one in four Nigerians felt that their repayment situation was ‘hopeless’, compared to almost half in SA and Kenya,” the report said.

According to the report, one in five respondents had their mental health negatively affected in the past year with the largest aggravator being unemployment.