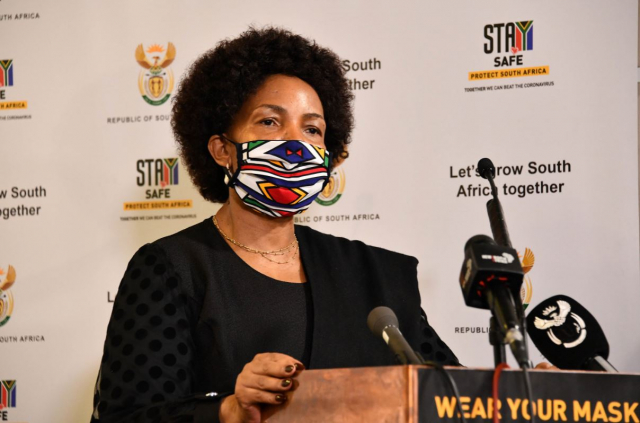 The Department of Women, Youth and Persons with Disabilities minister, Maite Nkoana-Mashabane has published the national youth policy (NYP), aimed at promoting young South Africans over the next decade.

The policy wants to introduce positive youth development outcomes for young people at local, provincial, and national levels in South Africa. The NYP defines young people as those aged between 14 and 35 years.

The department acknowledged the high ceiling of 35 years for ‘youth’, but said that this ceiling remains in place to help address “historical imbalances” in the country. Using this definition of youth, the policy covers around 20.6 million people – 37% of the population.

The policy outlines a wide range of topics including education, skills development and social support. A large part of the policy also reflects on the country’s high youth unemployment rate and the interventions which could be introduced to get more young South Africans into work.

This includes the introduction of a new basic income grant aimed specifically at the country’s unemployed youth, the department said.

“(This will) support young people and young discouraged jobseekers’ efforts to enter the labour market by introducing a Basic Universal Income Grant – an incentive similar to the Covid-19 Social Relief of Distress grant primarily to support youth to transition into employment or entrepreneurship.”

Other unemployment interventions which have been proposed by the department in the policy include:

Abolish the requirement for experience for entry-level jobs to enable more youth to enter the labour market and gain job experience;

Creating a national pathway management network to provide work seekers with access to a basic package of support and work-readiness training to better match them to economic opportunities;

Equip young people with skills in key growth sectors to access opportunities such as the green, waste and food economies and advocate for the development of a catch-up strategy for those who have been left behind due to dropping out of the school system;

The National Youth Development Agency (NYDA) and the Department of Small Business Development should implement grant funding and business support for 100,000 young entrepreneurs in the next three years;

Offer practical experience to young people through the scaling up of the Youth Employment Service (YES) to assist them in getting practical job experience.

In January, President Cyril Ramaphosa said that the African National Congress government will consider the introduction of a basic income grant in South Africa in 2021. Speaking at the party’s 109th-anniversary celebrations, Rampahosa said consideration for the grant comes after emergency financial measures introduced around the Covid-19 pandemic come to an end.

Despite the country’s limited resources, the country needs to look at identifying other poverty alleviation measures, he said.

“This year the ANC government, and broader society, will need to continue discussions on the desirability and the viability of a basic income grant to provide a social safety net to poor people in our country,” he said.

The pandemic prompted President Cyril Ramaphosa to announce a temporary top-up of existing grants by up to R300, including a R350 unemployment grant in late March 2020. The ANC has previously said that it will also look at the feasibility of introducing a basic income grant as part of a series of outcomes decided upon by its National Executive Committee (NEC).

According to a June 2020 document seen by Bloomberg, the ANC proposes paying a R500 monthly grant to those aged 19 to 59 who aren’t normally eligible for other aid would cost the state R197.8 billion a year. Between 50% and 60% of the money could be recouped by levying extra taxes on those with jobs, it said.