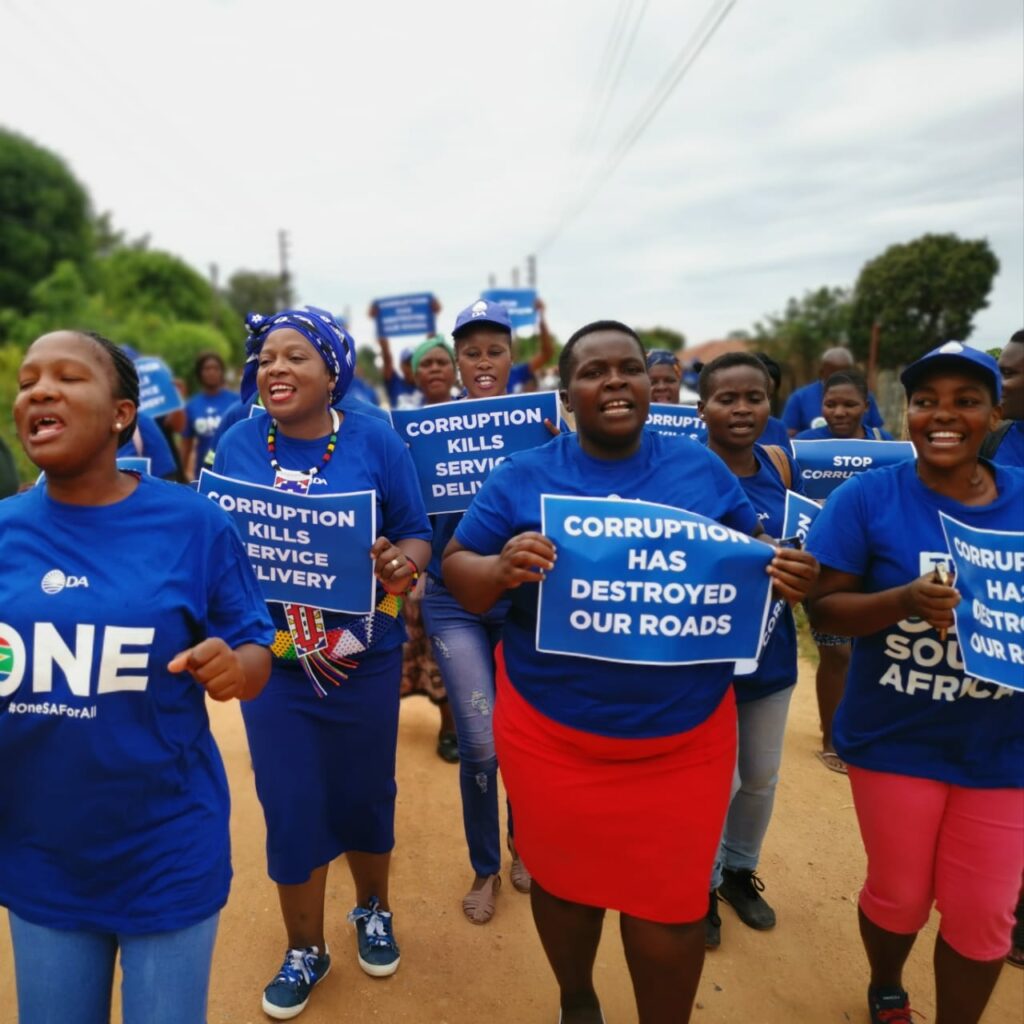 The Democratic Alliance were protesting at Ga Motibidi near Dwarsloop, following the allegations relating to corruption by the government, also present was the DA’s Mpumalanga premier candidate Jane Sithole who was also part of the protest  on Thursday, the 14th of March 2019.

“20 years of corruption has robbed the people of Mpumalanga of a thriving economy, safe communities and a government that works to effectively deliver services,” Sithole said.

According to the DA the allegations on corruption, comes after they did their oversight inspection of the road from Ga Motibidi to Rainbow; “During our inspection of the route from Ga Motibidi to Rainbow, we found that after spending R14, 2 million and conducting two preliminary assessments, there was still no sign of construction and residents were forced to use bumpy route,” Sithole added.

According to the DA, community members complained on how difficult it was to use the damaged dusty road, especially after it rains because the potholes gets filled with water and causes accidents and delays, “After rain, there are trenches in the road and it takes a violent protest to force the municipality to grade the road”.

“Enough is enough!” the premier candidate emphasised. “The people of Bushbuckridge deserve better, a government that cares, this is a DA government,” she continued.

The public works department recently announced Klus Civils J.V as the main contractor for the road construction of the mentioned communities, though the DA is not happy with the slow progress of the construction.

They further said they will write to the Public Works, Roads and Transport MEC, Gillion Mashego, asking him how the R14, 2 million for the road was spent, as well ask when the residents of the area will finally have a functional road that will allow them to move freely.

Contacted for comment, the contractor, Harry Du Plessis confirmed to Bushbuckridge News that the construction of the road will go ahead as previously announced by the department, and that the storage containers have already been delivered at the site office. According to Du Plessis, the construction should begin within the next 14 days.