Be safe! Africa continues to be hard hit by mobile fraud 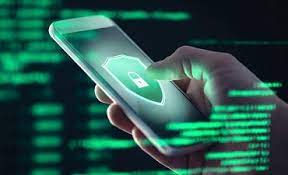 A recently-released report called State of Mobile Fraud in Africa by Evina reveals that 19% of mobile payment transactions in Africa in the first half of this year, were made without consent. Professional cybercriminals from around the world targeting Africa’s one billion mobile phone users also remain a significant problem in particularly vulnerable countries such as Angola and Egypt where 34% and 25.5% of mobile transactions were identified as suspect, respectively.

David Lotfi, Evina CEO, explains that direct carrier billing (DCB), where users are billed for purchases directly on their phone bills, is primarily impacted by two forms of mobile fraud in Africa: malicious apps, that secretly contain malware and are programmed to make payments on behalf of the user without his/her knowledge, and clickjacking, where a fraudster intercepts a legitimate click and unknowingly directs the user to a website where sensitive financial and other details can be stolen.

Evina says malicious apps made up 17.6% of all fraudulent attempts across Africa in the first six months of the year while long-standing clickjacking accounted for 62.3% of all attempts. Another mobile-based fraud, remote-controlled fraud, is listed in the report as being responsible for 7.6% of all fraudulent mobile activities targeting African cellular users. This is where malware takes control over devices to make fraudulent payments. Three other types of fraud identified in the report accounted for almost 10% of mobile fraud.

The top three malicious apps in Africa in the first half of this year according to the report are funny SMS, Asters Wallpapers and Magic Photo Editor, each downloaded over more than 10,000 times. These apps have already been removed from the app store thanks to Evina.

“Detecting fraud fast depends on implementing proven, highly-responsive technology that’s as agile as its target. There will always be fraud present around digital transactions, however, mobile fraud can be effectively managed with the right tools backed up by solid relationships with the appropriate experts,” says Lotfi.