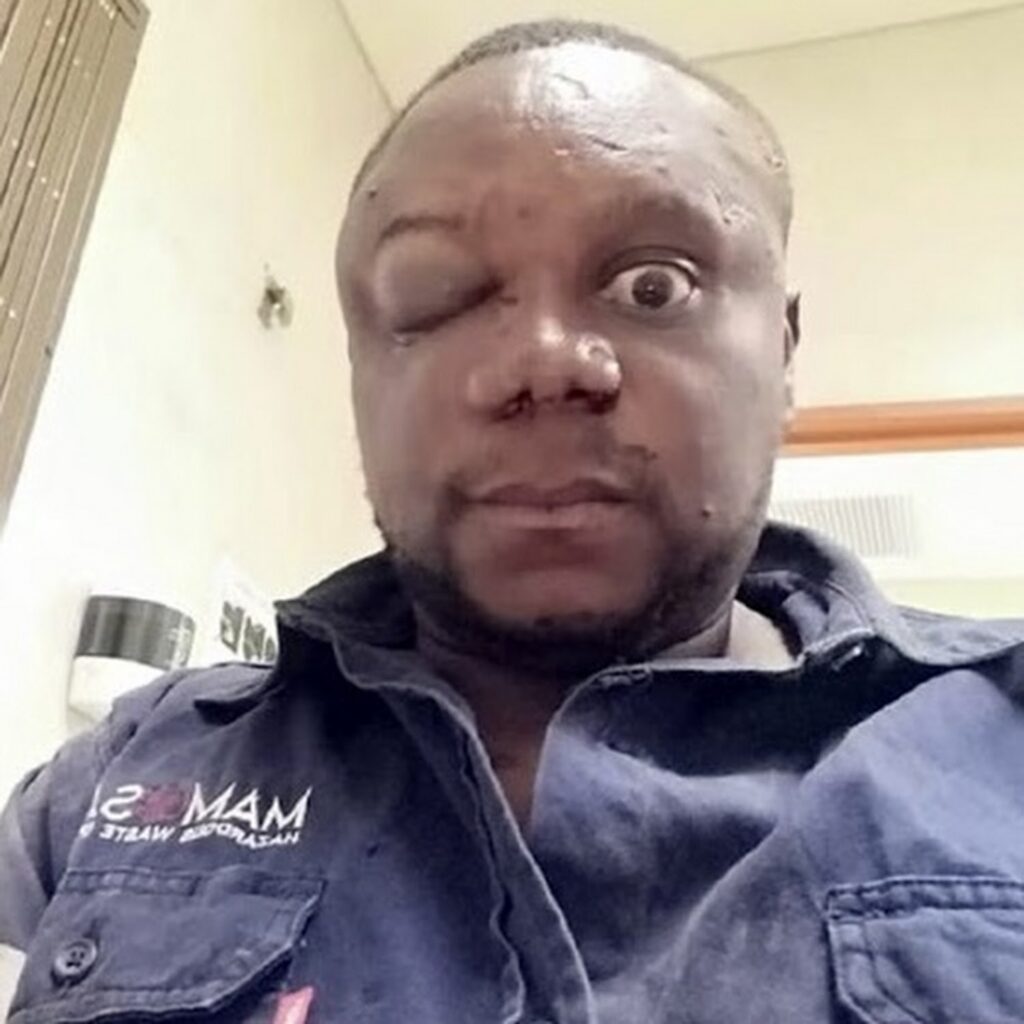 A man who was shot and assaulted allegedly by two officers is suing the police for R200,000 for trauma and injuries he suffered during the ordeal. George Mamosadi, 42, of Emalahleni, Mpumalanga, was shot in the back during a high-speed car chase and assaulted, allegedly by the officers, at about 8pm on the 11th of May, last year, after he was accused of failing to stop at a roadblock.

In the letter of demand sent to the office of police minister Bheki Cele, Mamosadi is demanding R50,000 for unlawful arrest and detention, R100,000 for assault and R50,000 for contumelia (insult to dignity).  In a notice to defend, the office of the state attorney confirmed receiving Mamosadi’s letter of demand and intended defending the matter in the North Gauteng High Court in Pretoria. A date is yet to be set down for the matter to be heard.

William Sekgatja, Mamosadi’s lawyer, said they were exchanging the necessary documents to progress the matter to convene for a pretrial meeting.

Police spokesperson Col Athlenda Mathe failed to comment on the matter despite saying she would look into it.

Mamosadi told Sowetan that he was still recovering from the trauma inflicted during the attack and that he hoped the matter would be resolved swiftly.

“It’s tough because these guys nearly killed me. I had not done anything wrong. I had my permit which allowed me to travel between provinces because of the nature of my work. I had obliged when I was asked to stop at the roadblock and was shocked when these cops followed me and attacked me [after I was told to go],” Mamosadi said.

“But the technical reports are still outstanding. Upon receipt of reports, Ipid will submit a comprehensive report to the National Prosecuting Authority to take a decision whether to prosecute or not to prosecute the matter,” said Cola.

On the day of the incident, Mamosadi, who runs a hazardous waste material removal company, was travelling to Emalahleni from Pretoria. He told Sowetan at the time that he approached a roadblock near Balmoral on the N4 highway and was instructed to stop, where his permit was checked.

Mamosadi also explained that during the conversation, a police officer, who was not in uniform, told the uniformed officer to make Mamosadi wait because he had failed to stop his vehicle at a temporarily erected stop sign at the roadblock. He said the uniformed officer told him to leave but he was shocked when he heard gunshots when he approached Vosman, 15km away from where the roadblock was, and he thought he was being hijacked.

“I noticed that I was being followed by the two officers, they shot at my car before stopping me and then dragged me out of the car and assaulted me. My  car had six bullet holes at the back, two more on the right passenger door and three tyres were also shot,” said Mamosadi.