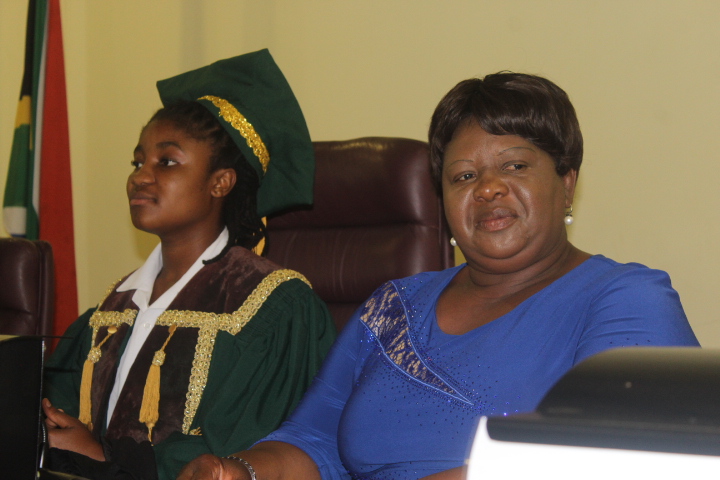 Different stakeholders convened along with learners from different schools in Bushbuckridge for the Children’s Dialogue at the Bushbuckridge Local Municipality’s Council Chamber recently.

The dialogue is hosted on an annual basis. This is usually a platform for the young ones to raise and discuss the social issues faced by them in their communities, schools and surrounding areas.

“When Nelson Mandela took over the country as president; in his first term of office he declared his commitment to the plight of children,” Director for community services, Dr. Zondi Mkhabela said.

“Young people have to influence the policy direction of this country, therefore the challenge is to prepare them through awareness of their civil rights, the rights of others as well as the challenges facing our country,” Zondi added.

The dialogue was then separated into six commissions. The first commission had to discuss the impact of substance abuse on the lives and future of children.

Domestic violence, child safety, security and protection in schools and outside and the blesser/blessee trend was then discussed by the second group of learners.

As per the discussions’ guidelines, the third group raised the importance of education, challenges faced by learners and easy access to opportunities available for them to further their studies, while the fourth group was tasked to break down the issue of children with disabilities.

The fifth and sixth group discussed HIV & AIDS, STIs And teenage pregnancy with their impact on academic performance of teenage mothers and human trafficking and the disadvantages of social media respectively.

The discussions will therefore also be raised in the children’s Parliament.

Following the presentations, the new leadership for the Children’s Dialogue was elected.