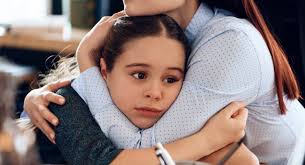 The Mpumalanga High Court sitting in Mbombela has intervened after a crying 13-year-old boy was found by a stranger wandering the streets, neglected, dirty and hungry. The court ordered that the boy (who cannot be identified because he is a minor) had to be sent to Switzerland to join his mother there.

The child’s grandparents turned to court and asked that the child be sent to his mother, who had returned to Switzerland after she had divorced her South African husband, who is said to be abusive and a heavy drinker.

When she first left her husband, she went back to Switzerland and took her child with her. The husband, however, laid a charge of kidnapping against her and she was forced to return her son. It had meanwhile emerged that he did not take care of the boy and the child did not attend school for a year.

The maternal grandparents said in a statement before the court that they came to South Africa years ago where they ran a lodge. Their daughter, who is a Swiss national, joined them in 2007, when she met her now former husband. The grandmother of the child said she did not trust the husband from the start, as it was clear that he had an alcohol problem and he contributed little, if anything, to the household.

“He spent all his free time and money drinking with his friends … When my daughter said she was going to leave him, he put a gun to her head and threatened to shoot her,” said the grandmother

The mother managed to escape with her son, whose mother tongue is French. He attended school in Switzerland for a year, until his father, who had remained in South Africa, opened a case of “child stealing” against the mother. The mother returned the child, but as she did not have permanent residency or employment here, she had to head back to Switzerland.

The grandparents told the court that they hardly ever saw the child, but his father’s new girlfriend did bring him to them one Christmas for a visit. They said the child cried bitterly when he had to return to his father. From there on the situation and neglect became worse until a stranger found the hungry, scantily clothed child wandering the streets.

The good Samaritan phoned the grandparents, who fetched the child. He had been living with them since, but they said they were elderly and the child belonged with the mother.

A social worker’s report stated that although the boy is 13, he had the scholastic abilities of a Grade R pupil. It was also established that he had endured a lot of trauma at the hands of his father.

The grandmother said when the Children’s Court ordered the father to hand over the child’s belongings to them as they were to take care of him, the father handed them “half a trash bag of dirty, outgrown clothes”.

They said it’s clear that the child hardly had any schooling, as he was unable to read or write. According to them he needs to go to a special school to try to and catch up and he also needs intense psychological therapy to try to deal with the abuse and neglect he suffered at the hands of his father.

The high court has now ordered the father to sign all the relevant documentation to enable the child’s mother to take him back to Switzerland.