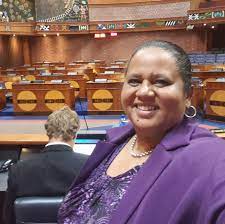 The DA in Mpumalanga recently called on the MEC of Cooperative Governance and Traditional Affairs, Ms Busisiwe Shiba, to investigate Bushbuckridge Local Municipality and five other municipalities for their huge outstanding debts. The DA identified these municipalities which owe more than R15-billion to creditors.

“We find it extremely concerning that no action was taken to enforce recommendations that would have improved the report on the local government audit outcomes for 2019/20,” said Ms Trudie Grové Morgan, a DA member of the Mpumalanga legislature.

“It indicates that our province is unable to draw an income through debt collection, resulting in only an amount of about R4.6-b out of R14.8-b being considered recoverable from the sale of basic services and property rates in all the municipalities across the province,” said Grové Morgan

She said over the years, the Auditor General has noted the poor state of internal controls, failure to enforce consequence management for transgression and that weak oversight is at the centre of the deterioration of affairs. She added that AG also noted that because of these weaknesses, only four municipalities have improved on their audit outcomes for the 2019/20 financial year.

Morgan said on service delivery challenges, the AG painted a grim outlook regarding the ability of municipalities in the province to draw on an income and as a direct consequence an inability to pay their creditors.

“We also find this inability to draw an income concerning as this not only affects the ability of the municipalities to pay their creditors on time but also contribute to increasing fruitless and wasteful expenditure being incurred in the form of interest. The DA will write to the MEC requesting her to investigate irregularities found in Mpumalanga municipalities and to comply with the recommendations made by the AG,” she said.