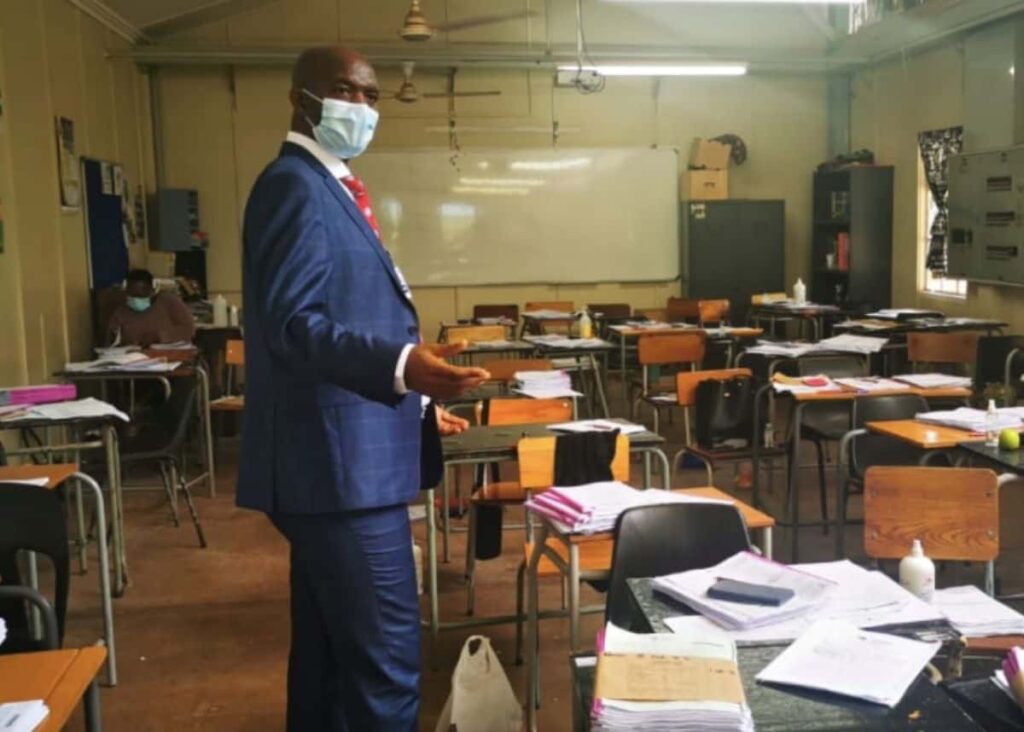 DBE Director-General (DG), Mathanzima Mweli is concerned over the lack of social distancing at one Limpopo marking centre. The Department of Basic Education (DBE) has taken its nationwide inspection of matric marking centres to Limpopo following revelations that 238 matric exam markers have tested positive for COVID-19 countrywide, with one death confirmed at the Estcourt testing centre in KwaZulu-Natal.

Mweli and company have already visited the Hoërskool Louis Trichardt, Makhado Marking Centre and Merensky High School in Tzaneen. Mweli has expressed concerns over the perceived lack of social distancing at Merensky High School and furthermore lamented the condition of the accommodation availed to markers at the centre.

Mweli wrote on his Twitter account that he has instructed the Limpopo Education Department and the Centre manager to attend to the concerns raised urgently.

“It is of utmost importance that we ensure the safety of our markers. I’ve also looked at the sleeping arrangements following concerns raised by some markers. The concerns are valid,” he tweeted.

The DBE has introduced mandatory testing at the Estcourt Marking Centre in Kwa-Zulu Natal where a marker died from coronavirus related complications, with three other markers are believed to have had contact with the deceased also tested positive. Following the death, the KwaZulu-Natal branch of the South African Democratic Teachers Union (SADTU) called for a stoppage of matric marking, to allow rapid testing at the Estcourt marking centre.

It is alleged that markers did not apply for accommodation at marking centres such as Glencoe, Siyamukela, Estcourt – a problem that has persisted for years. Before there was always enough space to accommodate them. Unfortunately, that is no longer the case as all marking centres must take 50% of their capacity.

Meanwhile, 2 703 out of 46 024 markers have withdrawn from 181 marking centres, but DBE appears unfazed, adding that they have enough people to manage the shortfall. The National Senior Certificate (NSC) matric results will be released on 23 February 2021.

Earlier this week, President Cyril Ramaphosa announced the extension of South Africa’s adjusted level 3 lockdown, with some changes to the current restrictions. Ramaphosa said the pandemic is currently at its most devastating, with a total of over 1.2 million cases and over 33 000 recorded deaths.