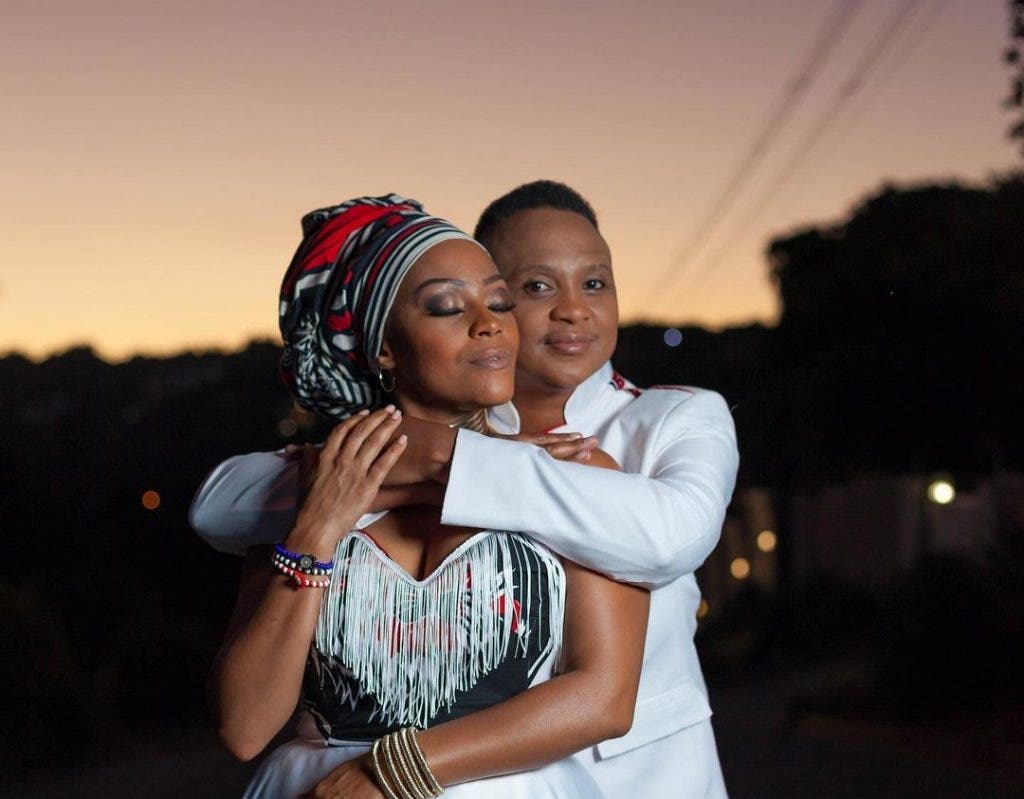 Bolt drivers have vowed to make singer and Generations: The Legacy actress,  Letoya Makhene-Pulumo and her wife Lebo Pulumo-Makhene pay what they allegedly owe for unpaid Bolt rides. The couple reportedly rejected claims that they owed Bolt driver, Maluleka Sekati R6 000 for taking their children to school every morning and back to their Randfontein home in Mohlakeng.

Sekati and his colleagues have now threatened to storm the SABC offices where Makhene works to demand she pays up. Last week, about 20 Bolt drivers stormed the pair’s house to demand the money. In a video circulated on social media by a Facebook user called Urife Muntswu, Bolt cars can be seen outside the couple’s house, with drivers at the gate having a conversation with a person believed to be the duo’s son.

Sekati said the other drivers were with him because he needed to prove why he kept borrowing money from them and not being able to pay it back. The reason, he said, was that the actress and her wife owed him money but refused to pay.

The driver said he had arranged with the couple to take their children to school and Latoya to work, acting as Tshidi in the SABC1 soapie Generations: The Legacy, at Auckland Park. Makhene, a traditional healer and music legend Blondie Makhene’s daughter, and her wife Lebo were meant to pay the taxi driver monthly, but they apparently started giving him trouble after they acquired a car

“We had a fallout because I need money to survive. I owe my colleagues money and have to pay them back.”

In screenshots of conversations between the driver and Pulumo-Makhene, she acknowledged that the two owe the Bolt driver and would pay him in due course because she was waiting for money from someone who owed her.

The screenshots said in parts: “Hi my sister. I’m still waiting for you since you told me you’re busy. Are you aware that you’re provoking me … With due respect transfer the balance plz (sic).”

In response Lebo said: “What do you mean I’m provoking you. Is this a f****** threat. I’m busy. I’ll send you this guy’s number to get the money from him.”

The couple have rejected the allegations and opened a case against Sekati. While agreeing they previously had an agreement with Sekati to transport their children to school, they accused the Bolt driver of taking their 20-year-old to parties without their knowledge.

Pulumo-Makhene said they would not be paying him because of the public humiliation.

“He’s exposed our place of business and where our son stays.”