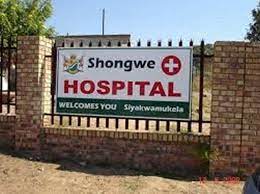 A family from Nkomazi is demanding answers from the Health Department after Shongwe hospital allegedly failed to hand over to them the two bodies of their newborn babies. Angel Nyavotso gave birth to triplets but only one survived.
The 33-year-old mother of four says she gave birth through a cesarean section earlier this month. She alleges that after giving birth the nurses told her only one of her babies survived and two had died.
She says the family has since been sent from pillar to post regarding the remains of the two babies. Nyavotso says she has suffered sleepless nights.
“The whole incident has left me ill, it’s traumatic because I carried three babies until 8 months when the operation. I now suffer from headache and back pains,” said Nyavotso.