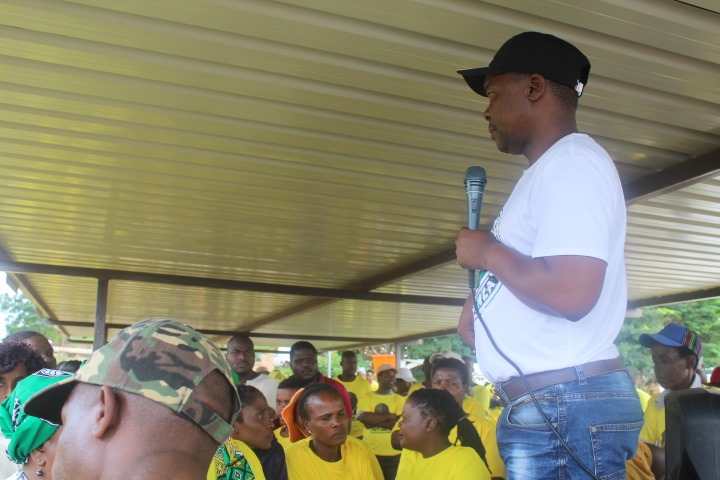 Students from the so-called Leadership 2020 learnership under the local municipality say the MMC for Finance & LED Leonard Malomane failed them. This comes after Malomane was arrested on fraud by the Directorate for Priority Crimes Investigations otherwise known as the Hawks for the mentioned learnership.
The learners say Malomane should be arrested because he has failed them. One of the beneficiaries, Joy Matjie said; “We started with the learnershipprogramme in 2017 hoping for a better future, so we kept on attending without being paid, those of us who come from poor backgrounds were sometimes forced to borrow money for transport hoping to repay it when we get the promised stipends, that’s when we started asking questions about payments. Many others lost hope on this learnership because of the corruption. Councillor Malomane didn’t lead by example; he has shown no good qualities of leadership, he has failed us!”
Hardy Maluleke; “This learnership was supposed to empower us in many ways, but only to find out that it is a scam. We worked for many months without getting paid, we even requested councillor Malomane in writing to come and see us but not even once did he come through.”
“It affected many people, especially those from poor backgrounds in remote areas. Others had to travel very long distances everyday using their own money hoping to gain something, but that never happened. We started in September 2017 whereby the project manager Bongani Sibuyi told us that we’re working on probation, we’ll only get paid from the second month, but we never got paid ever since.”
They have further called on the masses to come and join them as they march to the Bushbuckridge Magistrate’s court on the 6th of June where Malomane will appear. The Congress of South African Trade Union (COSATU), SACP, SANCO, Bushbuckridge Chamber of Business, Informal Traders Union and the opposition party EFF have all said that they will be part of the march to the court to ensure that Malomane doesn’t get bail.
“I am appealing to the community at large to come in large numbers on Thursday in the morning at 7am at the Bushbuckridge traffic circle as we march to submit a memorandum at the municipality, from there we’re all going to court,” said Mfundo Ntuli, the SACP’s spokesperson in the district.