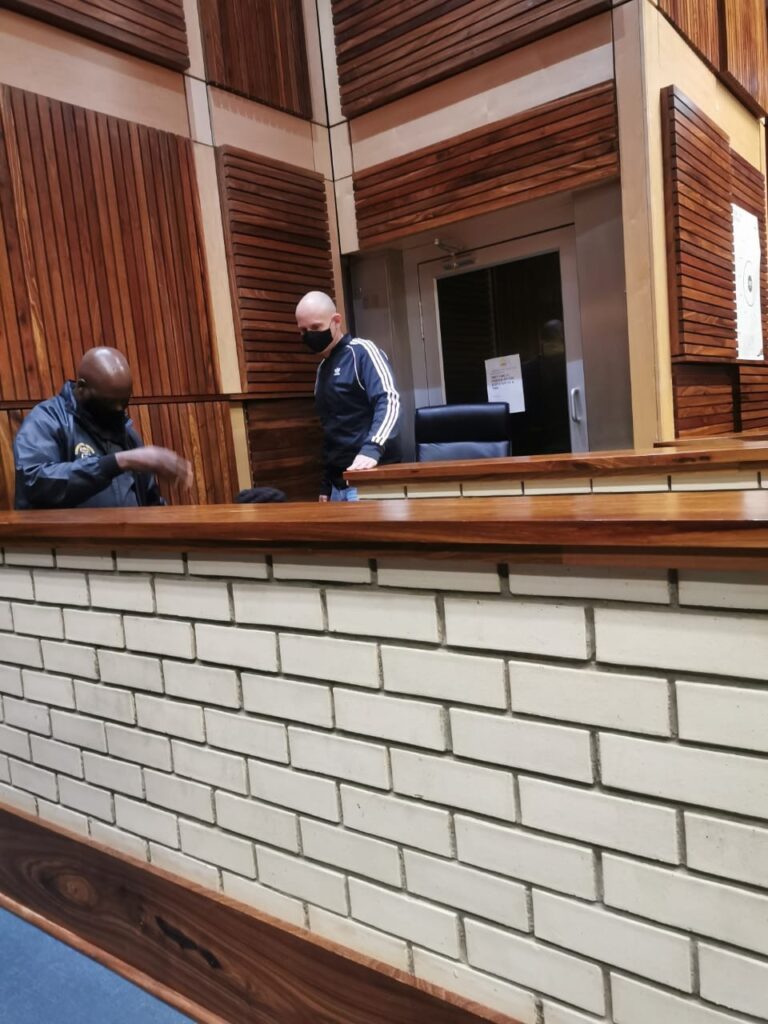 He was charged together with Maryna Andrina Lin Mam and John Du Plooy but charges against the two were withdrawn due to insufficient evidence.

He entered the Old Aged Home and proceeded to the room where the deceased was residing. He found the door opened and the deceased watching television. He accosted her, assaulted her, tied her and strangled her. She died instantly. He further robbed the deceased an amount of R10 000 and fled the scene.

He was traced and arrested five days after the offences were committed.

Advocate Vuyo Mkhulisi told the court that Oosthuizen pleaded guilty because of the overwhelming evidence the state had against him as was seen on the CCTV footage exiting with the vehicle, returning and driving off. He further addressed the court that Oosthuizen has a list of previous offences where he targeted elderly and fragile victims arguing the court not to deviate from the prescribed minimum sentences.

The Acting Judge, Johanna Mthimunye postponed the matter to tomorrow, the 05th of August 2021 for sentencing proceedings at the Mpumalanga High Court in Mbombela.