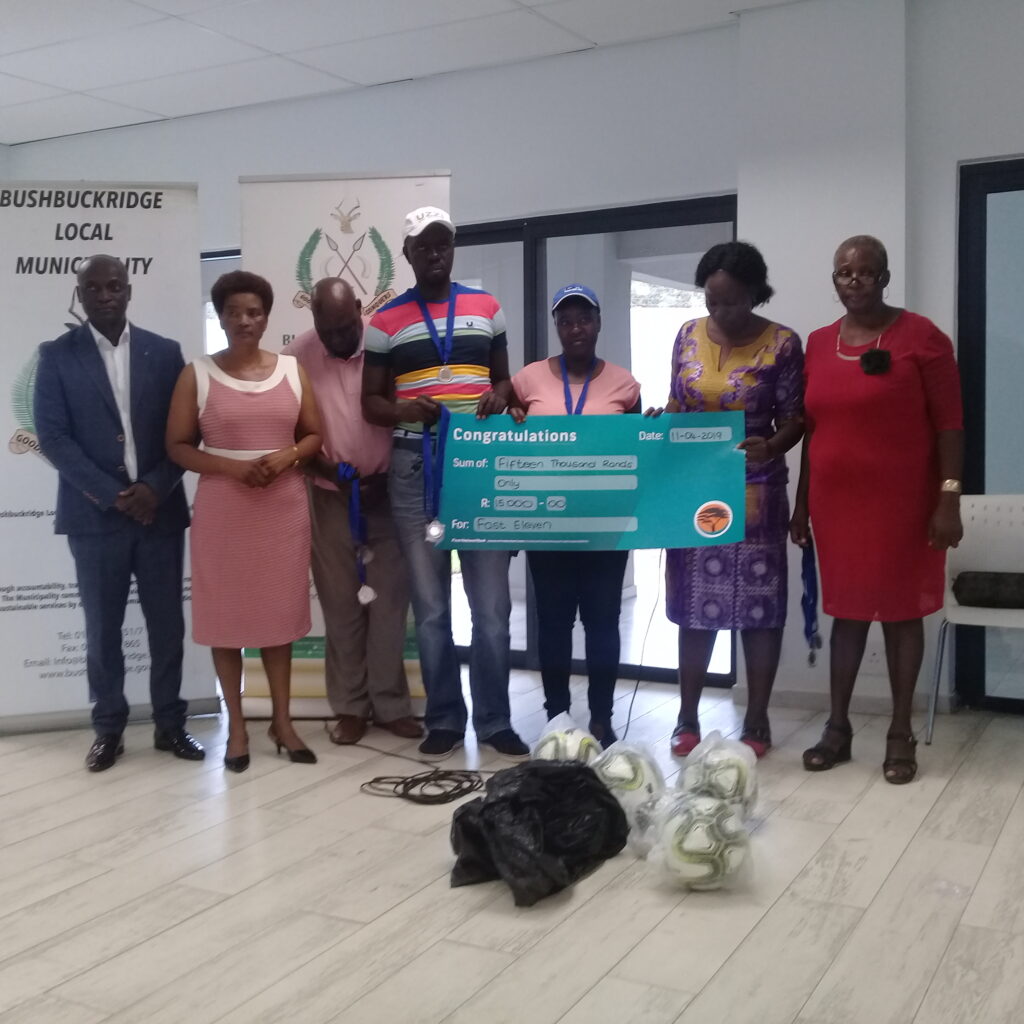 The Executive mayor of Bushbuckridge Local Municipality Cllr Sylvia Nxumalo, held a prize giving ceremony to all champions of the mayor’s cup tournament, from soccer, ladies soccer, volley ball and netball. Different players were present at the ceremony as well as their coaches.

“Today is no day for speeches but a day to celebrate with the teams that won and even those that didn’t win. We are also motivating each other to work hard so that next time those who did not win today will be winners also,” said the Mayor.

She said that, the reason for the launch of the Mayors cup was to bring unity to the people of Bushbuckridge from different ethnic groups. As we all know any sport can bring people together, sport is one thing that makes our country to be on top of the map.

The head of Sport Confederation Council Mr Mugabi thanked the teams for their respect and consistency when playing because sometimes they are faced with challenges. But because there is unity amongst everyone they managed to sit down and resolve those challenges and move forward. When people work as a group they achieve a lot than working as individuals. He thanked everyone that were part of the tournament from players, coaches, referee, supporters and also his colleagues from provincial level to municipal level for their true support throughout the tournament.