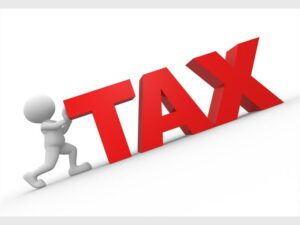 The three bills were approved during the NCOP’s virtual plenary on Thursday.

The adjustment budget was promulgated to deal with and minimise the impact of the COVID-19 lockdown and the resultant economic downturn.

The two Bills were passed with amendments by the National Assembly on 25 August 2020.

Having considered them, the Select Committee on Finance recommended the NCOP pass them with those amendments.

The Prescription in Civil and Criminal Matters (Sexual Offences) Amendment Bill aims to amend the Prescription Act, 1969, so as to extend the list of sexual offences in respect of which prescription does not commence to run under certain circumstances regarding a debt that is based on the alleged commission of any of those sexual offences.

It also amends the Criminal Procedure Act, 1977, so as to extend the list of sexual offences in respect of which a prosecution may be instituted after a period of 20 years has lapsed since the date of the alleged commission of the sexual offence, and to provide for matters connected therewith.

The NCOP, having considered the bill, accepted it without any proposed amendments.

The three Bills will now be sent to the President for assent.

During the same sitting, the NCOP also confirmed the provisional suspension from office of the Acting Regional Magistrate of Umlazi, Kholeka Bodlani.

The provisional suspension follows allegations of misconduct levelled against Bodlani.

Accession to Treaty of Amity and Cooperation

The sitting further approved South Africa’s accession to the Treaty of Amity and Cooperation (TAC) in South East Asia.

The Treaty aims to formalise diplomatic relations with the Association of South East Asian Nations (ASEAN).

It will also contribute to the elimination of tariffs between member States, which will in turn lead to reduced prices and more investment opportunities. – SAnews.gov.za