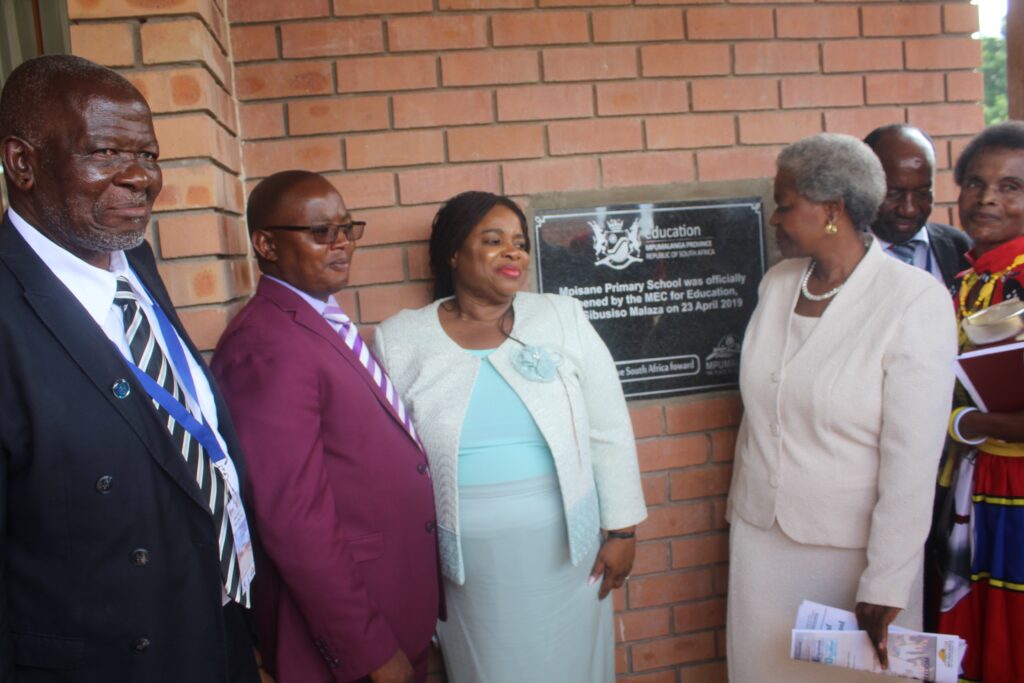 Mpisane Primary school was officially handed over to the community of New Forest last week by the Department of Education MEC, Sibusiso Malaza.

Upon handing over the school; the MEC said; “We’re handing over a state of the art school today as part of the journey of celebrating 25 years of democracy.”

“We regard these schools as centres of excellence, whereby we are calling on communities to entrust us with the responsibility of educating their children,” Malaza added.

The MEC further called on communities to protect schools during community protests; “I can tell you that the department does not have a budget to rebuild schools, therefore, as a community, if you care about the future of your children, you will protect the schools.”

The R31 million-worth school is one of the best performing primary schools in the district, performing above 90% yearly. “It goes out to show that education reaches everywhere, it is a clear indication of our response to better and quality education, even in deep rural areas,” he also said.

The MEC also slammed the myth that private schools do better than public schools and called on parents to avoid spending lots of money in independent schools. He further mentioned that the department would prioritize sanitation, especially in rural schools to ensure that the schools meet the department’s norms and standards.

Malaza also raised concerns about the violence in schools, especially by male learners, and also said that the department is working on the issue; “we will have a summit later this year where we will call everybody to discuss how a boy child should be raised because it is evident now that all the violence happening in our schools is done by boys, which is a clear indication that there’s a gap.”

However, Bushbuckridge News is aware that the very same school the MEC had just handed over was broken into on the following day by unknown suspects who got away with laptops and other learning and teaching equipment.

A case of burglary was opened. Upon hearing the sad news, the MEC said; “This is a brutal act of robbing the community of its future. It must not be allowed to thrive in our space, as such, we request our communities to work with the law enforcement agencies to expose those behind this. We must unite in action and act in unity to identify these criminals and put them behind bars.”