‘Nobody really knows’ what happened to R5.5bn at SA’s worst-run municipalities – AG 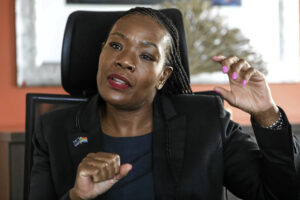 Nobody really knows what happened to about R5.5 billion in funds that flowed through 22 of South Africa’s worst-run municipalities in a year, according to Auditor-General (AG) Tsakani Maluleke. Maluleke was briefing the Parliament on the outcomes of her office’s annual probe into SA’s 257 municipalities, for the year to end-June 2020.

She said that 22 municipalities – just under one in ten – received a “disclaimer of audit opinion” from her office for that period.   A disclaimer is the worst result that a municipality can receive from the AG. It means the municipality has not provided enough evidence on which to base an audit opinion.

The AG said that, in aggregate, the 22 municipalities received R6.49 billion in funds from national government at the start of the 2019/20 year.  At the end of the period, they had just under R1 billion left in their bank accounts.

But what happened to the funds in the intervening period?

“Nobody’s reporting, nobody’s accounting, and nobody really knows for sure what has happened to this money,” she said.

However, the true state of affairs may be worse, said Maluleke, as the AG’s office was unable to complete many audits for the Free State.  Many of the province’s municipalities either submitted information too late, or simply didn’t send anything at all to the AG.

“We are unable to say much about the state of disclaimer opinions in that province,” she said.

The AG also told Parliament that ten of the municipalities that received a disclaimer of audit opinion spent a total of R105 million on outside consultants to try to help them fix their books.  She did not name the ten municipalities at Tuesday’s briefing. She will be publicly releasing her full report later in the month.

“That’s really, on average, R10 million apiece for consultants to compile financials, and yet, at the end of the audit period, we were unable to offer any audit opinion on those financials,” she said.

“There is nothing wrong with looking for external experts to help one deal with the more complex aspects of compiling financials. However, if year-on-year the municipality relies on consultants to help them put basic financial statements together, then we are concerned,” she said.