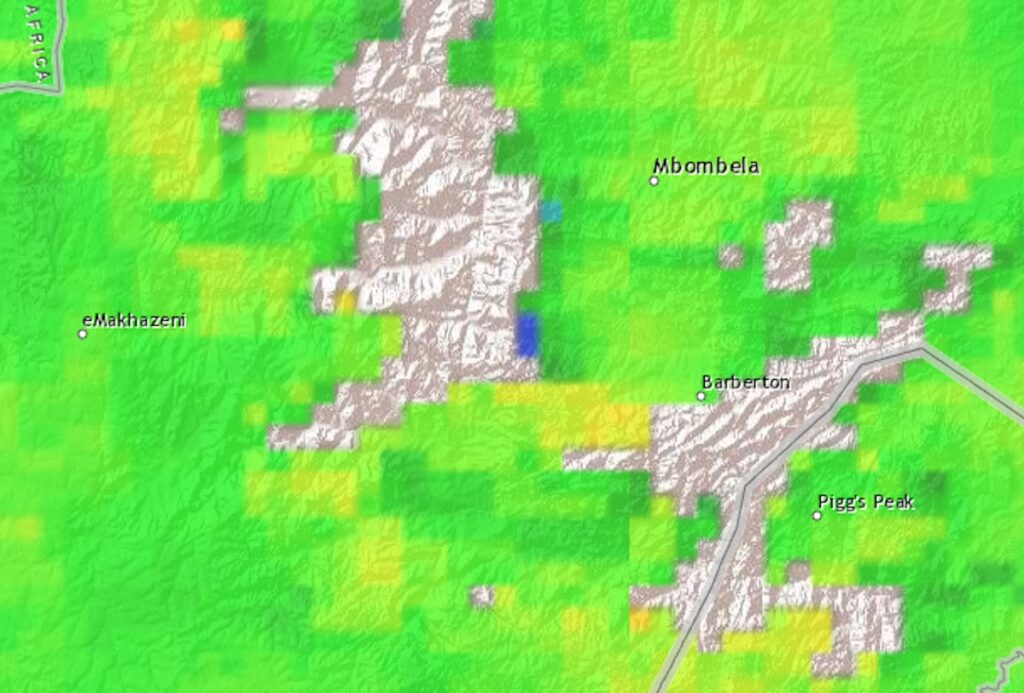 Scientists have revealed that a major ‘methane cloud‘ has been found above one of South Africa’s most polluted regions. The discovery has put environmentalists on high alert, and attempts to find the culprits are still ongoing.

The methane cloud registered on the radars of Kayrros SAS last month. The analytics company studies data released by the European Space Agency and its satellite observations – and some strange activity was detected above the skies of Mpumalanga and its coal mines. The ‘methane hot-spot’ was found 120km west of Johannesburg, on 10 May.

Kayrros also found two other plumes in the vicinity on May 27, but it was the earlier methane cloud that set the alarm bells ringing, with emissions sending about 65 tonnes of the gas into the atmosphere PER HOUR – gargantuan figures, by anyone’s definition. SASOL, who operate in this part of Mpumalanga, has denied any responsibility.

SASOL has made it clear that, on the aforementioned dates, their readings were no different than usual. Anglo American have also rejected any claims that they sparked the huge cloud of toxic gas…

– Officials claim that their data never got above 0.05% on the aforementioned dates.

– According to Kayrros, it was the worst methane cloud detected in Africa this year.

Mpumalanga itself has a shocking level of air quality, due to the relentless industrialisation of its rural areas. The province is home to several Eskom power plants, as well as a high concentration of coal mines.

Pollution in the region is also being blamed on thousands of ‘premature deaths’. The highveld is one of the worst-hit areas, and experts believe the damaging balance of oxygen and harmful gasses is now leading to fatal consequences.