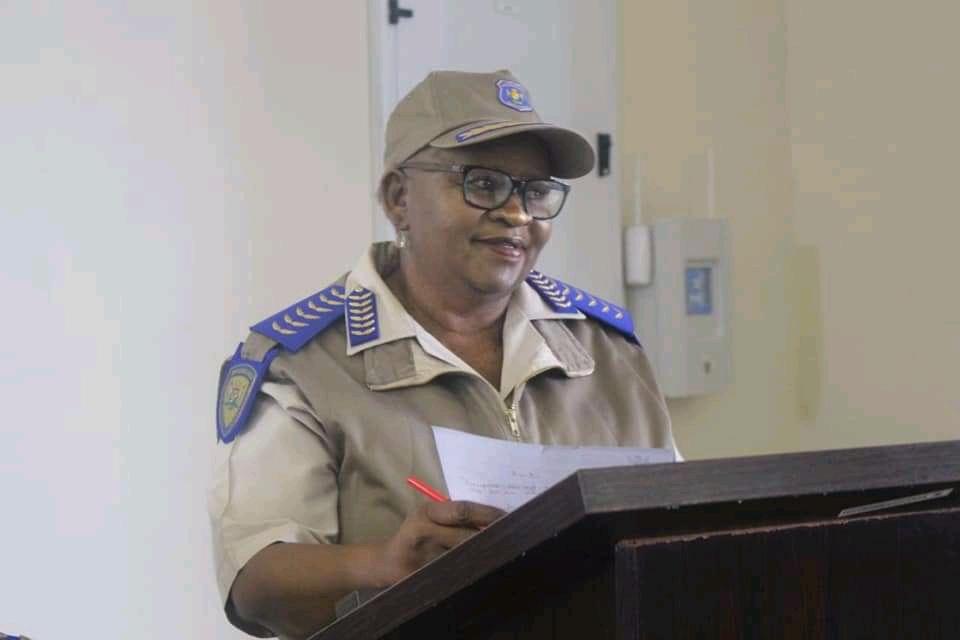 A top Mpumalanga government official says Mpumalanga premier, Refilwe Mtshweni-Tsipane is “prosecuting” her because she refused to appoint the wives of the politician’s protectors and relatives as new traffic officers in the province.
Busi Nkuna, who is the head of the department of community safety, security and liaison, recently sent a scathing letter to the premier after she was threatened with suspension for refusing to close down Mpumalanga traffic colleges and send all the 125 recruits home because they didn’t include the names from Mtshweni-Tsipane’s list.
It is alleged that Nkuna reminded Mtshweni-Tsipane how she was summoned to the politician’s house in Midrand in January this year and given a tongue lashing because the names of over 120 people that the premier allegedly wanted recruited didn’t make to the final list because some of them didn’t even have matric certificates or were over the required age limit.
In her letter, Nkuna told the premier that she doesn’t have any problem if the premier wants to institute “disciplinary hearings” against her because “maybe that would be a proper platform where I would be heard, because I have a lot to say.”
Nkuna said according to her, the recruitment and selection process was above board. She also challenged the premier to give evidence on “what was flawed about the recruitment and selection process” as well as “who of these recruits do not qualify to be appointed.”
“Am I being prosecuted because the premier, through Mr N Molelekoa, gave me a list of names of candidates that the panel needed to recommend irrespective of the fact that they do not qualify?” Nkuna asked the premier, in her letter.
The premier’s spokesperson, Sibongile Mkani-Mpolweni, said the premier wasn’t prepared to comment on internal correspondence between an employer and employee.
“The office of the premier notes, with great disappointment, the dissemination of correspondence between employer and employee. The office of the premier will not comment on the contents of the correspondence out of respect to the principle of confidentiality that defines the employer-employee relationship between the executive authority and the accounting officer,” said Mkani-Mpolweni.
However, Nkuna confirmed that she did send the letter to the premier but denied that she leaked it to the media.
“I can confirm that I am the author of the letter, but I suspect that the leak came from the premier’s office in order to blame me because I have just been informed that I would be charged for disseminating that letter,” Nkuna said.
“I stand by the content of letter, that I was given names, by Molelekoa, of people close to the premier who were supposed to be recruited as new traffic officers in the province. I am the accounting officer in the department and I am convinced that we appointed the right candidates after the panel went through a legitimate recruitment and selection process.”
Nkuna also refused to comment on allegations that the names that Molelekoa sent to her to be recruited were forwarded via Whats App. She said she has all the evidence and that she will only forward it to the relevant authority or independent panel that would be appointed to investigate the matter.
The leader of EFF in Mpumalanga, Collen Sedibe, has confirmed that they have opened a case of fraud and corruption against the premier at Nelspruit Police Station after they got a tip-off about Mtshweni-Tshipane’s alleged list of the people she wanted to be recruited as new traffic officers. Sedibe said the information at the party’s disposal suggests that amongst the people the premier wanted recruited, were two wives of her protectors, four relatives of her protectors as well as relatives of someone working in the human resource section in her office.
“I also saw Nkuna’s letter to the premier, which strengthens our case against the premier. Our understanding is that the premier wants all the candidates that were selected through a legitimate recruitment process be kicked out of the college because they do not include the people she recommended that should be appointed,” said Sedibe.