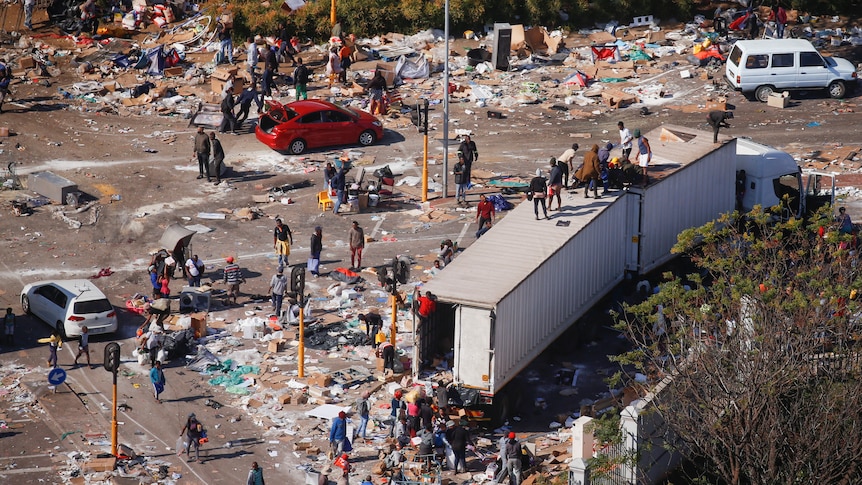 Acting minister in the presidency, Khumbudzo Ntshavheni says that the South African Police Service (SAPS) has arrested an alleged instigator who helped organise the looting and violence in South Africa this past week.

In a media briefing on Thursday, the 15th of 15 July, Ntshavheni said that this suspect was currently in custody, with the SAPS working to arrest a further 11 subjects who had a hand in coordinating the attacks. Ntshavheni would not be drawn on the specifics around who had been arrested as it could compromise the investigation.

“It is only when people have been arrested and appeared before the court that the names can be revealed,” she said.

Senior ANC and intelligence sources said that twelve ringleaders were identified by security intelligence officials, who were suspected of being behind the unrest. they said that these individuals used social media to set the carefully planned attacks into motion.

During the special ANC National Executive Committee (NEC) meeting held earlier this week, which was focused on addressing the unrest, WhatsApp and Telegram messages – which appear to show a coordinated effort to carry out the violent attacks – were discussed.

These messages are now being analysed by security intelligence officials who have set their sights on catching the instigators, a national publication reported. Screenshots of the messages, which were posted on an “eThekweni Shutdown” WhatsApp group, have been shared on Facebook.

The first point of focus for the instigators was the torching of trucks and blocking major roads and highways around Durban, Pietermaritzburg, and various spots along the N3.

This was organised by renegade MK groups who were active in the truck transport sector and have campaigned against foreign truck drivers for some time.