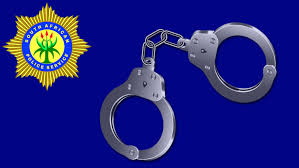 Mpumalanga police have opened a case of murder and are on the hunt for suspects linked to the death of a 33-year-old woman who was found dead in her car in Machadodorp. Police were informed about a car parked on the side of a road in a veld near Rietfontein Farm with a woman inside.

“The police responded and rushed to the scene, where they found a yellow VW Polo with a woman in the driver’s seat with gunshot wounds. Medical personnel were notified and on arrival, the woman was certified dead. She was identified as Nompumelelo Patricia Malaza,” said Hlathi.

According to Hlathi, the woman’s family told the police that she had left home to visit her brother in Carolina. He said the police are investigating a case of murder.

“The motive for the killing is unknown at this stage as nothing was stolen from the vehicle. Her belongings, including wallets as well as her handbag and a laptop, were found inside the vehicle,” said Hlathi.

The police have called on members of the public with information that can lead to the arrest of the suspect/s to contact Detective-Sergeant Busani Johannes Mnisi on 082 798 0758 or call the Crime Stop number at 08600 10111.

Alternatively, they can send information via My SAPS app. Information received will be treated as confidential and callers can opt to remain anonymous.