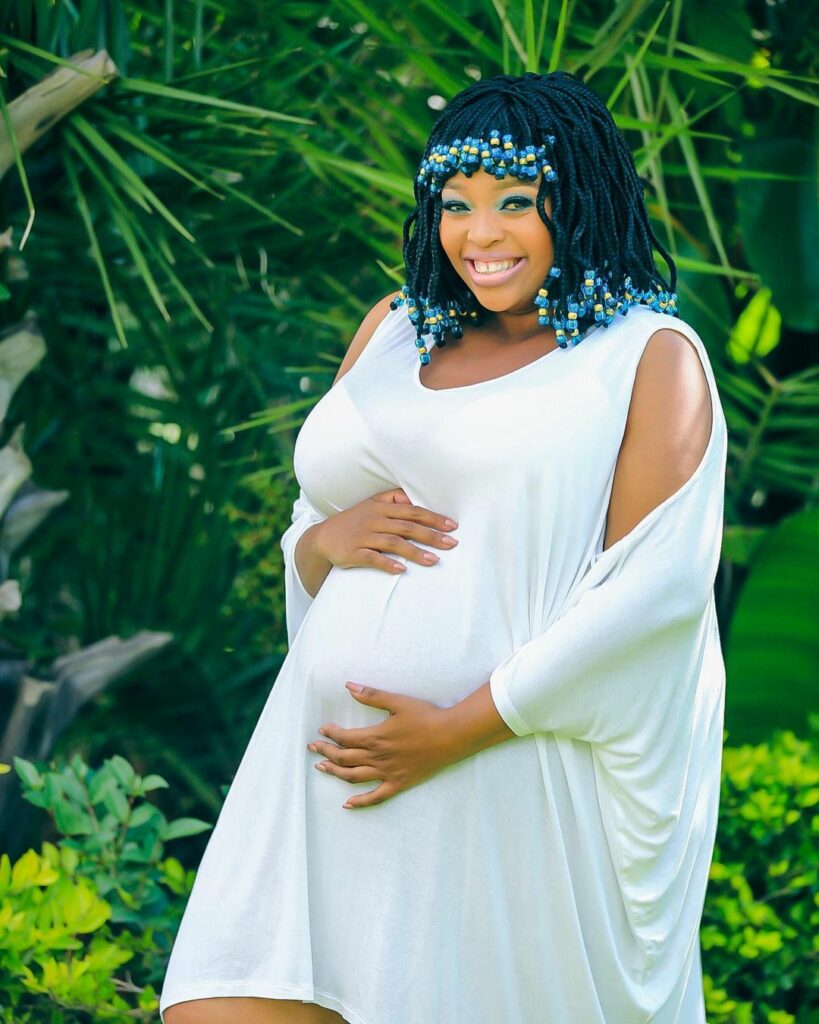 Everyone knows that the journey of motherhood is no child’s play, and media personality, Relebogile Mabotja has opened up candidly about her first-time experience as a mother. Since welcoming her son on May 5, the Unpacked presenter opened up about her birth experience not going according to plan. Relebogile said that it was an emergency that caused her son to be taken to the NICU (neonatal intensive care unit) while she recovered until the 8th of May.

“It was on Mother’s Day that my baby was discharged from NICU unexpectedly … I could not have asked for a better gift.” she wrote.

Taking to Instagram, Relebogile spoke about the pains of not being able to feed her baby while he was in NICU.

“I missed out on giving my baby his first meal because of my delivery and our feeds were disrupted while he was in NICU so I became besties with the pump early on.” she wrote.

Relebogile went on to add that she had spent many emotional days trying to juggle her life as a presenter and motherhood because breastfeeding her child became difficult.

“It has been beyond hard and sometimes painful making sure baby gets as much of my milk as possible with long days on set. And I’ve wept on this watching the few drops add up to less than a feed, meaning we have to top up with formula but I am still determined to push …” she wrote.

Despite the challenges that the presenter faces, she says that she is slowly getting the hang of it and is learning all she can to do so.

“This is the part of this journey I didn’t ever see prior and have been experiencing. I am still figuring a lot out, like how to cut my bras so I can use them instead of buying for a hands-free experience And how to do breast care and massage engorged breasts while pumping … I’m getting there. The journey continues,” she wrote.