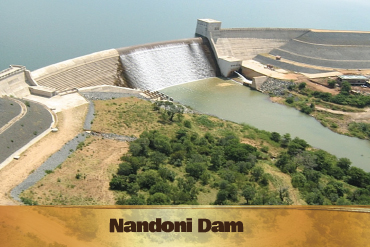 The Department of Water and Sanitation has appealed to the residents of Nandoni in Vhembe District, Limpopo, to be patient as the process to finalise their compensation continues following their relocation to make way for the construction of Nandoni Dam.

The department relocated residents from 33 villages near the dam site to make way for the construction of the dam in 1998. They were moved to modern houses and offered vast patches of land for orchards as part of their compensation deal.

In 2020, the Deputy Minister of Water and Sanitation, David Mahlobo, visited Nandoni,  twice in October and November and met with affected residents, community leaders, traditional leaders and officials of Vhembe District Municipality to discuss their compensation. At both meetings it was agreed to speed-up the compensation of residents. In December of the same year the Minister of Human Settlements, Water and Sanitation, Lindiwe Sisulu, also met with the community and traditional leaders to confirm the compensation deal.

The department appeals to the claimants not to be distracted from the agreements and timelines as per previous meetings with Minister Sisulu and Deputy Minister Mahlobo. The department is intent on bringing the matter to a close as quickly as possible.