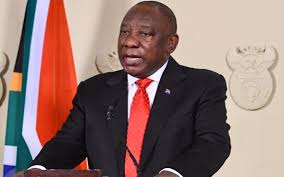 Rival forces in Libya have signed a permanent ceasefire agreement.

The announcement of a ceasefire was made on Friday in Geneva, Switzerland.

“We congratulate all signatories for agreeing to this groundbreaking permanent ceasefire agreement. The signing of this agreement is an important step towards Silencing the Guns in Africa.

“We further support the appeal by the United Nations Secretary-General, António Guterres, for all stakeholders, regional and international actors to respect the provisions of the ceasefire agreement and ensure its implementation without delay in order to bring an end to this conflict. This includes ensuring the full and unconditional respect of the UN Security Council arms embargo,” said President Ramaphosa.

The ceasefire paves the way for the resumption of the intra-Libyan dialogue, which President Ramaphosa said is the only legitimate platform that can produce a durable Libyan-owned political solution.

The AU Chairperson stressed the need for external parties to respect the UNSC arms embargo and called on them to refrain from interfering in the internal affairs of Libya. He also emphasized the importance of AU/UN collaboration in supporting the Libyan parties in search of a political solution.

“Guided by the spirit of fraternity, and the principles of solidarity and cooperation, the AU stands ready to accompany the Libyan people on this journey towards peace, national reconciliation, and unity,” said President Ramaphosa. – SAnews.gov.za