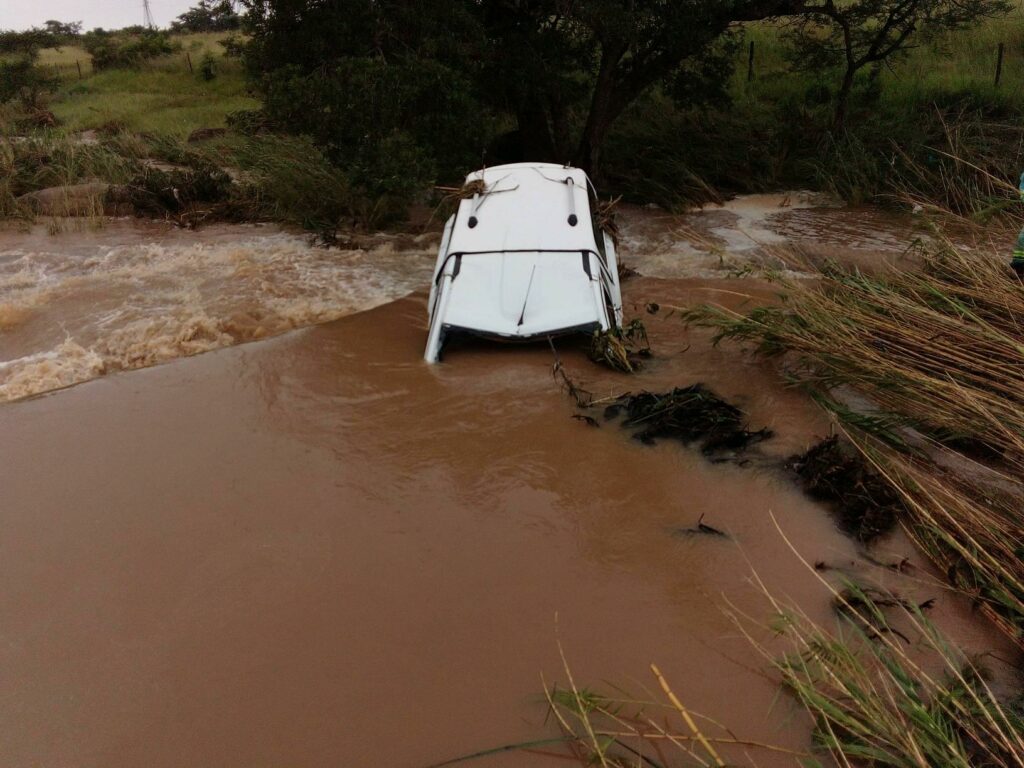 Search and rescue operations are under way in Mpumalanga after severe flooding claimed the lives of eight people while five others are missing. Among the missing residents feared to have been swept away by the floods is a 13-year-old boy.

South Africa is experiencing torrential rains in parts of the country with more expected over the coming days. Parts of South Africa have been lashed by rains causing localised flooding, damaging roads and trapping residents.

The persistent rainfall has caused extensive damage in Mpumalanga since tropical storm Eloise spilt over to South Africa from Mozambique last month. The Cooperative Governance Department said at least eight people were swept away by floods including a mother and her baby, but there are growing fears this number could soon rise.

Families have now joined disaster management teams in the search for their loved ones despite heavy rains hampering rescue efforts.

said: “A search operation is under way, but of course, with the disruptive rain, the research operations carried by police divers had to be called off at some point because of the rising levels of water in the Witbank,” said Cogta spokesperson, George Mthethwa.

Mthethwa said Mbombela, Bushbuckridge and Nkomazi have been the hardest hit with roads and bridges collapsing while several houses have been washed away.

Meanwhile, the South African Weather Service has issued a level two warning for disruptive rains over Gauteng, Limpopo, the North West and KwaZulu-Natal.