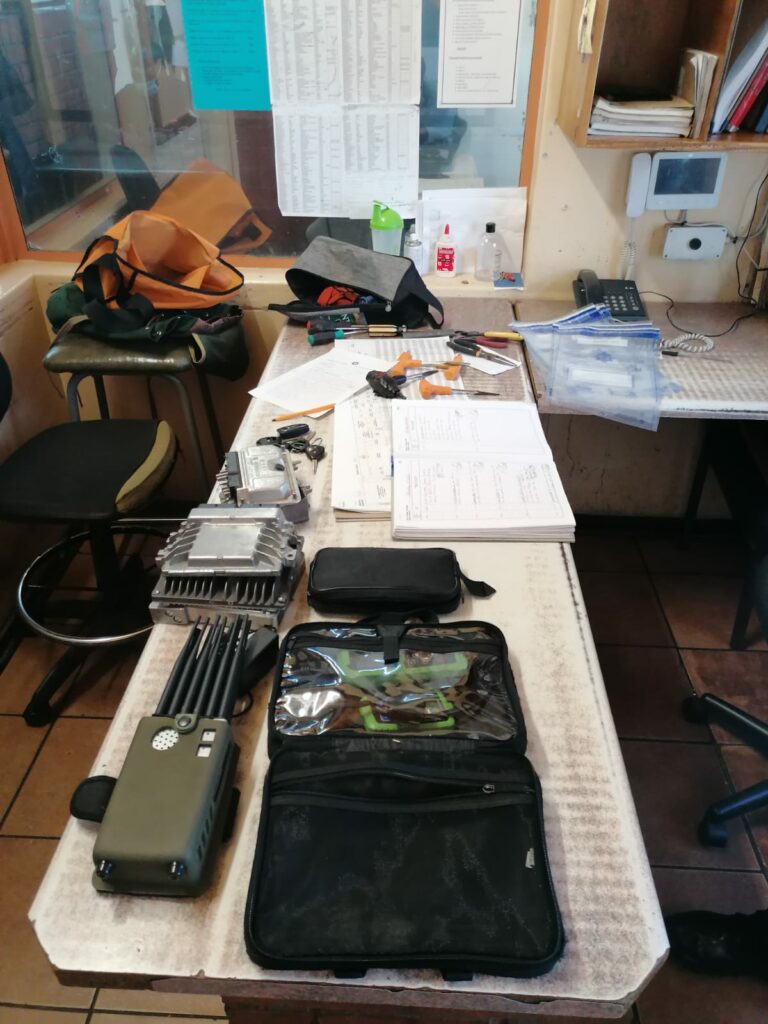 The Provincial Commissioner of the South African Police Service in Mpumalanga, Lieutenant General Semakaleng Manamela has welcomed the arrest of a total of seven suspects in Middelburg. Six of these suspects, aged between 32 and 49 were arrested over the weekend on charges related to possession of a vehicle jammer.

In a separate incident, a 43-year-old man was recently nabbed during a business robbery. He was also charged with being in possession of an unlicensed firearm and ammunition. The suspects are due to appeared before the Middelburg Magistrate’s Court.

Reports indicate that the suspect that was nabbed with a firearm was part of a group of armed men who staged a robbery at a certain supermarket in Middelburg on the very same day. According to information reported, two Fedility Cash Solutions Security Personnel were on duty to collect money from the retail outlet when one suspect, who pretended to be a customer held one of the security guards, who was escorting another at gunpoint. They then battled over a firearm which prompted an employee from the supermarket to assist, the suspect was eventually disarmed and apprehended.

While the other security guard was trying to leave the supermarket, it is said that other suspects attacked him and grabbed the bag that was carrying an undisclosed amount of cash then fled the scene in a blue BMW.  Police were summoned to the scene and the suspect was arrested hence his court appearance.

The police are requesting anyone with information that can lead to the arrest of the other suspects to please contact the Investigation Officer, Sergeant George Nkoane at 0713688071 or call the Crime Stop number at 0860010111. Alternatively, members of the public can send information via MYSAPSAPP. All received information will be treated as confidential and callers may opt to remain anonymous.

Meanwhile on Saturday, 07 August 2021 members of the Middelburg Flying Squad were busy with their routine stop and searches on the N4 Road towards N11 Road. They then stopped a vehicle and while searching it, they discovered some instruments suspected to be used for breaking into vehicles. A twelve-way signal jammer was also found by the astute members. Six suspects were then arrested and charged accordingly. Police cannot rule out the possibilities of linking the suspects to crime committed elsewhere.