Love for Mathematics, Science and Technology 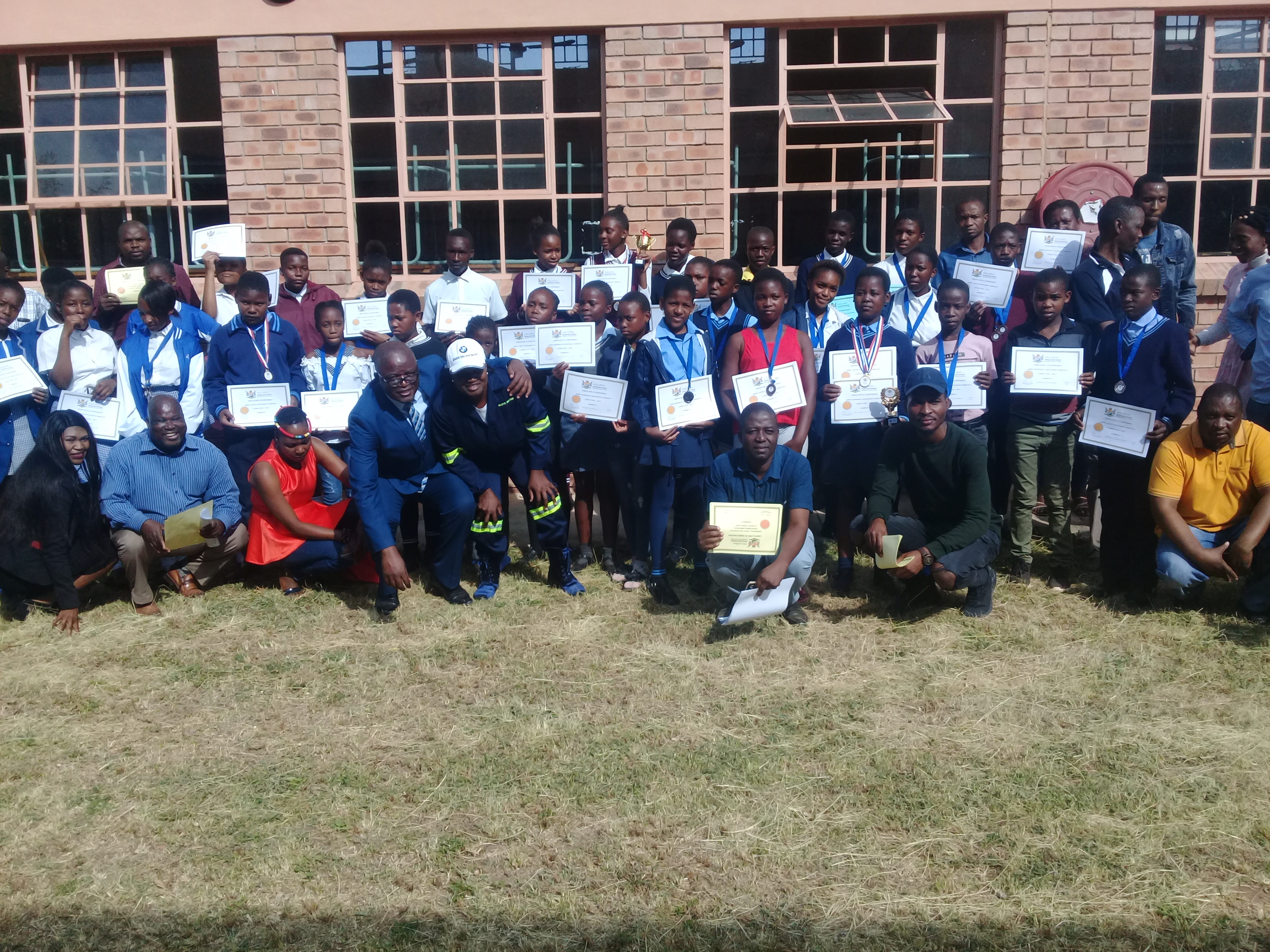 Love Mathematics, Science and Technology is a program which was started for the entire province of Mpumalanga. This is one course to groom kids from an early age to love mathematics and sciences. Agnes Chibi from MSTA, Mpumalanga Department of Education and the leader of the program in Bohlabela District told Bushbuckridge News that “the program has been launched here in Mpumalanga province to encourage our learners to take mathematics and science into consideration at schools because in our country we are in shot of doctors, engineers and pilots etc. This program focuses on grade 6 to grade 9 learners because learners from grade 6 can be easily identified on whether they are good in mathematics, science and technology.

We do this by we inviting two learners from each grade on each school in our district, we give them tasks to write from Mathematics, Natural sciences and Technology then after writing our teachers from different grades will sit down and mark the scripts then after marking we take top 10 learners from all grades and give them prizes, the prizes are just for motivation to the learners to do more and those that don’t make it to the top 10 they receive certificates for participating because after all its not about prizes but motivating and encouragement to our learners”.

She further explained that she urges all teachers in schools around Mpumalanga to support and take part in this initiative “I urge all teachers and learners of the entire province to take part in this initiative because this program is not going to benefit me but our leaners so let’s work together colleagues to prepare our learners to be the best one day”.

The Mpumalanga Department of Education has responded, following the week long strike by local residents at the Department’s Bohlabela District in Maviljan.

The protest erupted following allegations of nepotism and tribalism in the selection of 50 beneficiaries of the ETDP SETA learnerships, in which, they claim, only one resident of Mavijan was selected “as a front”.

The learnership program in question is coordinated by ETDP SETA and allocated 50 entrants as per each of the Education Districts.

In a statement, the education department said; “All the selected participants who benefited from the programme are from Bushbuckridge Local Municipality. And to suggest that 80 % of the participants should be from Maviljan circuit would not be serving any justice to the youth from other parts of the District.”

According to the protesters and the residents’ representative, the Bushbuckridge Residents Association (BRA) PR councillor for ward 09, Sidney Khoza, the learnership should benefit more unemployed youth from Maviljan and surrounding areas; “we cannot tolerate that opportunities from within us benefit unfamiliar faces while we have our own youth with matric certificates sitting at home doing nothing,” Khoza said.

The protesters further called for the removal of the Human Resource Department head, Doris Mnisi,  to be ousted from office, further alleging that she is full of corruption, tribalism and nepotism.

“Doris, we want you out, ” one of the protesters shouted, “we know about your tribalism and nepotism,” he added.

The BRA PR councillor added, saying, “the learnership post was not even advertised in the local media, it only circulated around them and closed soon after, this shows that there’s nepotism.

The Department, though, further denied the allegations, saying; “On September last year, 10 participants from Maviljan circuit benefitted from a similar program and their contract will expire by the end of August 2019. Our wish as a Department is that the youth in the Province should be given equal opportunities to participate in the program or similar programs.”

The protesting residents, however, have concluded by saying that the multipurpose centre will not be in operation until their plea is taken into consideration.