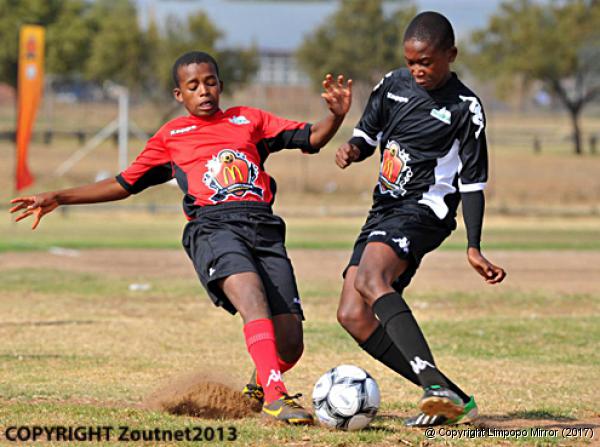 The Mpumalanga Department of Education has responded, following the week long strike by local residents at the Department’s Bohlabela District in Maviljan.

The protest erupted following allegations of nepotism and tribalism in the selection of 50 beneficiaries of the ETDP SETA learnerships, in which, they claim, only one resident of Mavijan was selected “as a front”.

The learnership program in question is coordinated by ETDP SETA and allocated 50 entrants as per each of the Education Districts.

In a statement, the education department said; “All the selected participants who benefited from the programme are from Bushbuckridge Local Municipality. And to suggest that 80 % of the participants should be from Maviljan circuit would not be serving any justice to the youth from other parts of the District.”

According to the protesters and the residents’ representative, the Bushbuckridge Residents Association (BRA) PR councillor for ward 09, Sidney Khoza, the learnership should benefit more unemployed youth from Maviljan and surrounding areas; “we cannot tolerate that opportunities from within us benefit unfamiliar faces while we have our own youth with matric certificates sitting at home doing nothing,” Khoza said.

The protesters further called for the removal of the Human Resource Department head, Doris Mnisi,  to be ousted from office, further alleging that she is full of corruption, tribalism and nepotism.

“Doris, we want you out, ” one of the protesters shouted, “we know about your tribalism and nepotism,” he added.

The BRA PR councillor added, saying, “the learnership post was not even advertised in the local media, it only circulated around them and closed soon after, this shows that there’s nepotism.

The Department, though, further denied the allegations, saying; “On September last year, 10 participants from Maviljan circuit benefitted from a similar program and their contract will expire by the end of August 2019. Our wish as a Department is that the youth in the Province should be given equal opportunities to participate in the program or similar programs.”

The protesting residents, however, have concluded by saying that the multipurpose centre will not be in operation until their plea is taken into consideration.

Residents of Maviljan at large say they have had it with crime with the alarming rate of theft in their community. “We will end up taking the law into our own hands because the police are failing us big time when it comes to crime prevention,” the members of the community said in a meeting that was held on Saturday, the 8th of December at S.H Nyalungu Primary School.

The community meeting comes after a series of theft activities within a short period of time, with the criminals said to be targeting plasma televisions within the location. “I heard that the reason they target these plasma Televisions is because they use the powder inside to make drugs”, said Karabo Mashego, also a community member.

“They stole a television for the third time at home. They first stole in 2015, 2017 January and it happened again. The reason I did not even bother to open another case is because none of the previous cases were attended to,” Mashego added.

Bushbuckridge Residents Association (BRA) PR councillor for ward 09 Sydney Khoza; “We don’t know how these people enter the houses because, they don’t break in you just find them inside the house with your TV gone. As a community we will not rest, we will look for this criminals until we find them, and we won’t show any mercy when we find them.

Another community member, Poppie Mashego said that they stole her 55” flat screen TV on Monday, and that there was no sign of broken doors or windows. The community members further suspected practices of witchcraft by the perpetrators.

Speaking to Bushbuckridge News, SAPS Bushbuckridge spokesperson Captain Ndlovukazi Mashele said she cannot comment because she was not aware of the criminal activities. She concluded by saying that the communities must invite police in such community meetings so that they can find common solutions in the future.