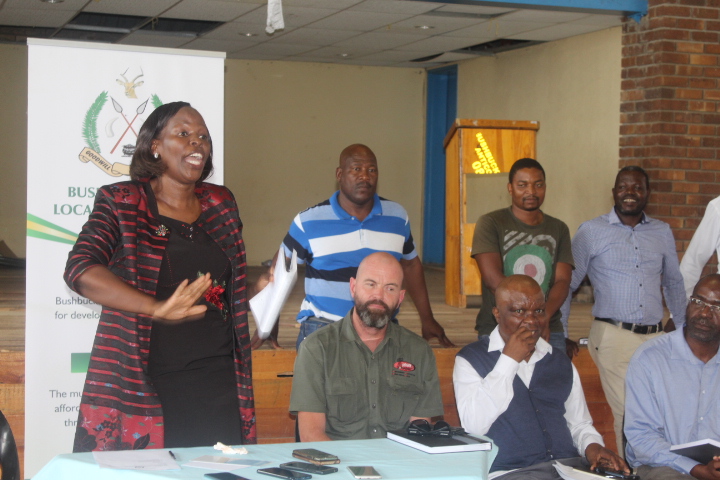 Klus Civils JV construction company was announced as the contractor for both the Acornhoek to Hluvukani road face-lift, as well as the much anticipated road construction project of Ga Motibidi by the Executive mayor of Bushbuckridge Sylvia Nxumalo at the Merriam Mogakane community hall in Acornhoek on Tuesday, the 5th of March and Wednesday respectively.

The Mpumalanga Department of Public Works, Roads and Transport recently announced two road construction projects in both Acornhoek and Ga Motibidi, and the man was officially introduced as Harry Du Plessis, the project manager for both projects by local municipality.

It was a brief meeting at the Merriam Mogakane community hall where the mayor officially introduced Du Plessis, “I know that the state of the road to Hluvukani has been a huge inconvenience to a lot of people. We’ve been asked everywhere about the matter, without luck, until we found a permanent solution to this whole matter,” The mayor said.

“We’re very happy because it’s what we’ve always wanted, we hope there won’t be any negative consequences from this, the problem is that others can use it as a political strategy politics. We still have a challenge as a community to unite, and I’m personally happy about the outcome.” Sonnyboy Maile, one of the community leaders said.