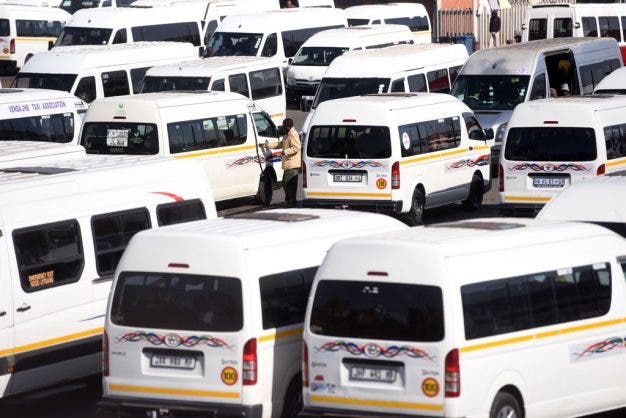 The second phase of the Covid-19 vaccine rollout will be expanded to taxi drivers. This is according to transport minister, Fikile Mbalula, who made the announcement on Thursday during a site visit to taxi ranks in Tshwane.

Mbalula said taxi drivers will be vaccinated after teachers. The vaccine rollout programme for school staff kicked off on Wednesday and is set to run until July 8.

“We have put in the agenda the priority of taxi drivers. We want them to be vaccinated but we have put serviceman in front. And teachers, because we want children to be educated,” said Mbalula.

Mbalula said he and SA National Taxi Council president Phillip Taaibosch would be among the taxi drivers who will be vaccinated because it is their “constituency”.

“We have lost taxi drivers, ordinary people, businessmen and the poorest of the poor. We are burying people every weekend due to Covid-19,” he said.

Mbalula defended SA’s slow vaccine rollout, saying the country was a developing nation and does not have its own vaccine.

“We are not in the north; we are in the south. We are not Europe or Australia. We don’t have our own vaccine. We depend on other countries to give us the vaccine and when it comes here and is not in a good state, we have to tell the truth,” he said

Last week, deputy director-general of the  health department Dr Nicholas Crisp said police officers and members of the military are next in line to be vaccinated after teachers. Crisp said 145,000 officials and 36,000 civilians working in the police service have been identified by the department. He said prison inmates will be vaccinated through the correctional services department.