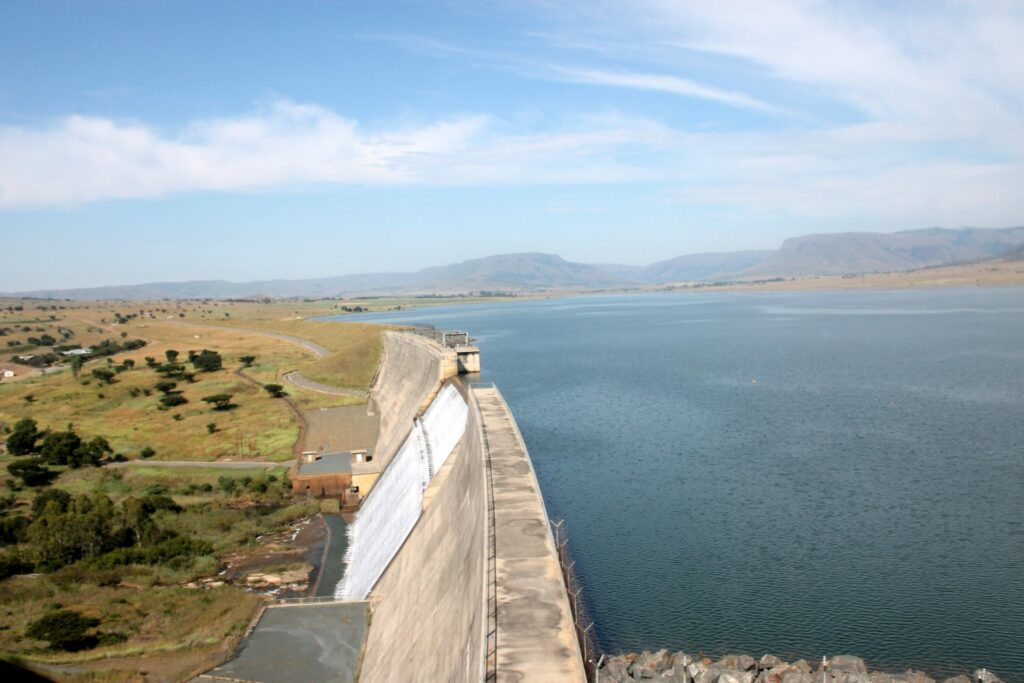 South Africans can breathe a sigh of relief because although the overall average of South Africa’s dams has begun a slight decline, figures show that most of the dams have sufficient water to see the country through the looming dry winter until the next summer rains, provided water users stick to their water-saving practices in the next six months.
Department of Water and Sanitation’s latest report on dam levels shows that most dams have between average to full capacity of water in reserve for use in the next coming months. This is thanks to heavy downpours that fell over large parts of the country from the beginning of February this year.
The Inkomati-Usuthu Management Area (IUMA) on the Lowveld, which supplements Mpumalanga dams, is this week at 88,7%, surpassing its last year’s levels by 13%. As a result, the IUMA catchment increased to 93,3% this week and exceeded the previous year’s record of 71,5%.
The rains also helped Free State Province to surpass its last year’s dam level record by 20% when it reached a whopping 99,7% this week. In the corresponding period last year, the province stood at 78,1%. The province is home to some of the biggest dams in the country and has a bigger capacity to store water for longer periods than that of other water facilities.
It is followed by Northern Cape and Gauteng which are overflowing at 101,5% and 100,3% respectively this week. Both provinces have smaller dams compared to Free Sate. Gauteng is supplemented by the Vaal Dam which is part of the Integrated Vaal River System (IVRS) consisting of 14 dams with catchments in other provinces, namely Mpumalanga, Northern Cape, Free State and North West, remembering also of the input into the IVRS by inflows from Lesotho.
In KwaZulu-Natal, dam levels increased by at least thirteen percent from 60,9% last year to 73,2% this week. According to the report, the Pongola-Mtavuna Management Area in Zululand also rose from the same figure last year. However, certain towns in Umkhanyakude District are reportedly battling to access potable water. In the same province, the Umgeni Water supply System is currently at 85,4%, much more improved from the 71,7% at the same period in 2020.
Despite water challenges in some areas of Madibeng and Bojanala districts, North West dams also increased their levels from 69,9% last year to 83,1% this week. Poor access to potable water by residents of Brits townships is mainly due to poor infrastructure that was vandalized as well as poorly operated and maintained by the municipality over time. Some residents have resorted to drilling boreholes while others rely on water that is tanked by Madibeng District Municipality.
At 51,6%, Western Cape dams are also on the decline although they are 12% better than they were in the same period last year. The Breede-Gouritz Water Management Area currently stands at 49,8% as opposed to 34,9% at the same period last year. However, the province’s dams are expected to increase when the winter rains start coming down at the end of May. In the meantime, the Western Cape Water Supply System (WCWSS) is at 70,9% as compared to the 56,1% at this time last year.
The water situation is particularly dire in the Nelson Mandela Bay region of the Eastern Cape where dams have dropped to all-time low levels. As a result, the municipality has introduced water restrictions to save the little water that is left in the area. There is a need for urgent measures to be taken to rescue the situation and ensure that the water users continue to receive this very necessary resource.
Despite the high volumes of water in storage, DWS calls on all South Africans to continue saving water to sustain them through the dry winter. The overall average for South African dams this week stands at 86,0%, slightly down from the 86,1% of a week ago. In terms of year on year, the average is still higher than the 67,4% of the same time in 2020.