Finance minister Tito Mboweni has apologised to MPs at the standing committee of public accounts (Scopa) for his conduct during an appearance before them with the Development Bank of Southern Africa (DBSA). Mboweni and the DBSA recently  appeared before Scopa  following a letter by UDM leader, Bantu Holomisa which raised allegations of maladministration and corruption.

During the presentation, DBSA CEO, Patrick Dlamini denied the allegations of mismanagement and corruption, assuring MPs the bank had done due diligence, even calling an external firm to look into the deals. However, it was the conduct of Mboweni and the DBSA that irked some members of the committee when they responded to questions about the allegations.

Mboweni first clashed with ANC MP  over the appointment process of board members at DBSA. Hadebe had asked about the “fair and transparent process” followed by a company appointed to search for suitable board members, but Mboweni stepped in to clarify.

“How is the nomination conducted, how does the search company source these shortlisted names? Do they advertise? The key and critical issue here is me understanding the fair and transparent part,” said Hadebe. 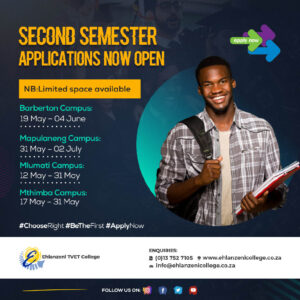 Mboweni told the committee that when filling vacancies, a nominations committee of the board might seek an external agency to assist in filling the posts.

“Under normal circumstances, that human resources agency or personnel agency would have in their database a number of people who they know and their skill set. Depending on the brief you have given them, they would source from their database people they think might fit what you want,” said Mboweni.

Hadebe was not satisfied with the reply, and asked if board members in this specific case were head-hunted or if there were adverts for people to apply.

His remarks were met with anger by some members, including chairperson Mkhuleko Hlengwa.  Mboweni was further criticised by Holomisa, who took issue with the minister’s criticism over how he handled the allegations.

“Minster Mboweni’s insinuation is regrettable. His attitude is clear. It’s not in the right place. I am not accountable to him, nor can he lecture me on how to deal with allegations of maladministration,” said Holomisa.

He accused Mboweni of dealing with members of parliament with arrogance.  Hlengwa also weighed in, saying the DBSA sought to lecture and educate members instead of accounting.

“Some of the things that have [happened] here in so far as utterances,  behaviour and conduct have been totally unacceptable,” said Hlengwa.

In his closing remarks Mboweni apologised to the committee.

“To the extent that I might have used some harsh words earlier, I would like to withdraw that and apologise because the good working relationship between yourselves and myself is very important as we push the country forward,” said Mboweni.