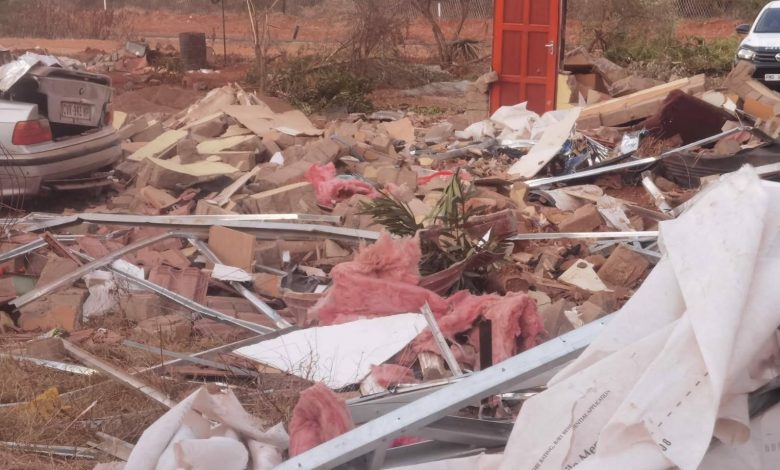 The Ward family has not only lost a home, but also a beloved brother Solomon Jeremiah Ward (32) was crushed to death by a truck in his home in Driekop last Tuesday evening at about 19:00. He had been sleeping in his house a few metres from the busy R37.

The driver of an 18-wheel Scania truck of Orkney Trucks, allegedly run over some trees before plummeting into Ward’s four-roomed RDP house. The truck had two trailers loaded with chrome. It was reportedly travelling from Polokwane to eMalahleni. The driver sustained severe injuries and was rushed to the nearby Dilokong Hospital for treatment.

The spokesperson for the Limpopo Department of Transport and Community Safety, Mike Maringa, said the incident was unfortunate.

“We can confirm that a 32-year-old man was killed while sleeping, when a truck crashed into his house next to the R37. It is alleged the driver of the truck had lost control, veered off the road and crashed into the house. Our thoughts are with the bereaved family. We pray that the injured man also recovers,” said Maringa.

“Solomon died a painful death. We sometimes believe that when one is at home, one is free from all incidents of this world, but in this situation he died,” said the deceased’s uncle, Victor Ward.

He said he is somewhat consoled by the fact that the deceased was the only one at home during the incident.

“It could have been worse; the deceased had three siblings who also stay in the same house. It is by God’s grace they were not home during the crash,” said Ward.

The uncle said the family did not have a proper home.  He said  his two nieces and nephew, who are orphans between ages of three and 16, will have to use a two-roomed shack, as their house has been destroyed, and they cannot erect a house for themselves.

The family said they are communicating with the trucking company. They said the company members paid them a visit and have promised to assist in the rebuilding of the house.

“We hope and pray they fulfil their promise,” they said.

Limpopo SAPS have confirmed that a case of culpable homicide has been opened at Driekop SAPS for further investigation.

Solomon Ward was buried at the Mohlophe Cemetery this week.