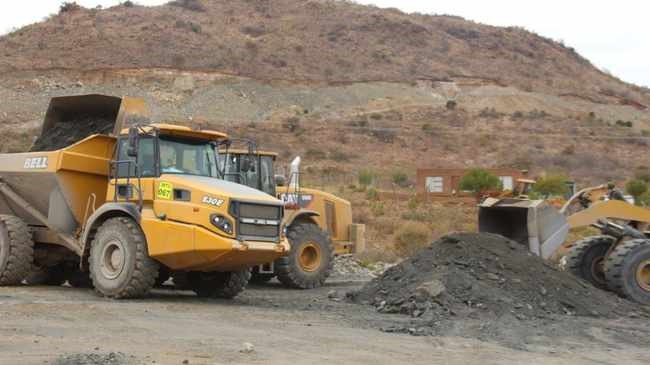 In an operation aimed at weeding out illegal mining, police have arrested three foreign nationals and a South African in Limpopo after they were found with heavy-duty trucks laden with unprocessed chrome.

“The determination of members of the South African Police Service (SAPS) in Limpopo to eradicate activities of illegal mining led to the arrest of four suspects during disruptive operations that were conducted by members of public order policing on Tuesday night along the R37 road in the Apel policing area,” Limpopo police spokesperson, Brigadier Motlafela Mojapelo said in a statement.

“The members spotted three trucks along this road and pulled them over. The trucks were found with loads of suspected unprocessed chrome and were all confiscated. The four suspects were then apprehended,” he added.

The suspects, aged between 23 and 34, were scheduled to appear in the Sekhukhune Magistrate’s Court on Wednesday on charges related to illegal mining. Police said the blitz would continue.

Last year in August, 14 alleged illegal miners were arrested and trucks and trailers loaded with suspected illicitly-mined chrome ore worth about R15 million were seized at Thabazimbi in Limpopo.

Members of the provincial organised crime unit, assisted by SAPS detectives and security officers from the Northam platinum mine, confiscated eight trucks and trailers loaded with chrome ore during an early morning crackdown.