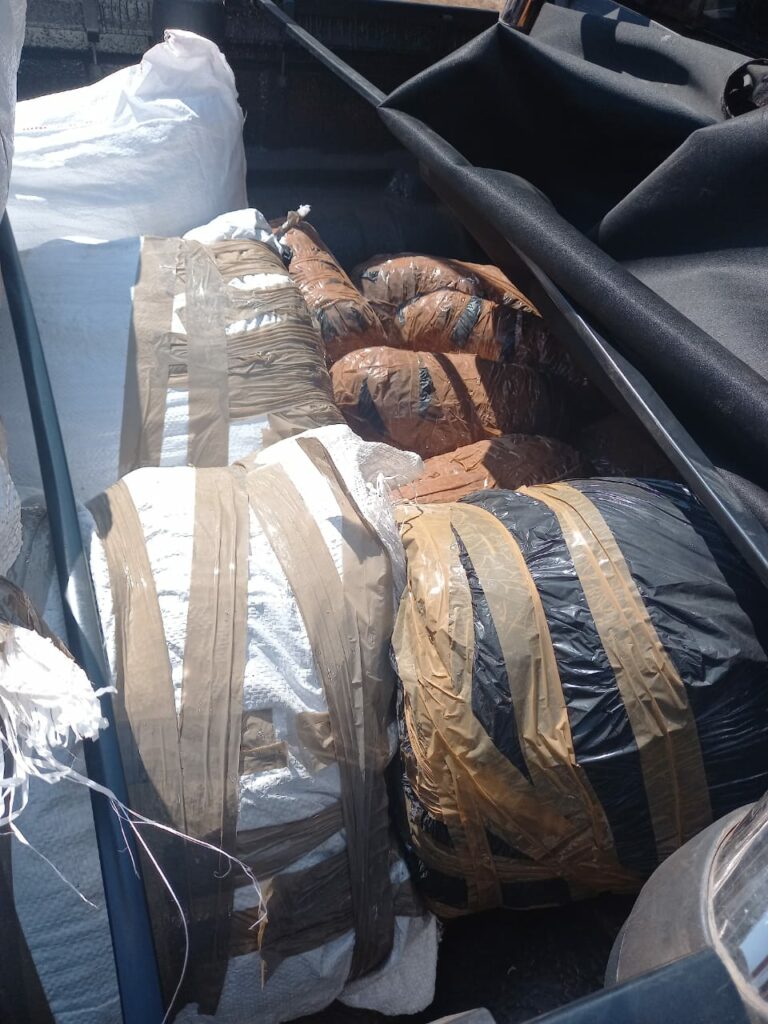 Two men aged 30 and 35 recently appeared before the Mashishing Magistrate’s Court on charges of possession of dagga, value at about R208 000. The suspects were arrested over the weekend in Lydenburg.

According to reports, members of the South African Police Services from the K9 Unit in Lydenburg were busy with their routine duties when they spotted a suspicious white double cab Ford Ranger with Limpopo registration number plates. There were two occupants inside the said vehicle which was searched and the astute members discovered 10 bags of dagga weighing about 69.5 kilograms. The two male suspects were then arrested and charged accordingly hence their court appearance.

The Provincial Commissioner of the SAPS in Mpumalanga, Lieutenant General Semakaleng Manamela has applauded members for their vigilance and subsequent arrest of the suspects.