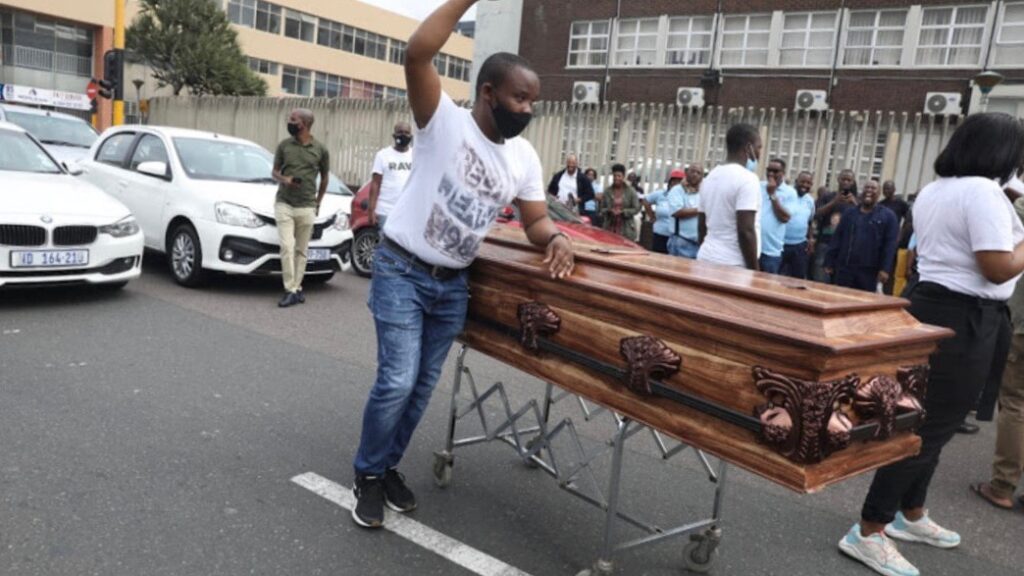 The department of home affairs has obtained an interdict prohibiting members of the Unification Task Team (UTT) representing undertakers from intimidating staff and visitors at its offices. The interdict, served on UTT on Tuesday, also prohibits its members from damaging home affairs property. The order was granted as undertakers, under the UTT umbrella, embarked on what it said would be a national shutdown of home affairs offices around the country until their demands were met.

During the engagements, Qoza said the parties agreed on granting the provisional designation for funeral parlours or undertakers to temporarily conduct business relating to home affairs registration of deaths. As part of this agreement, applications to be designated funeral undertakers were required to comply with the following:

“The second decision was to grant this permission to those not yet designated to apply for provisional designation for a period of 12 months while the three state entities find a lasting solution to the issues raised by the UTT, especially those relating to regulations,” Qoza said.

UTT spokesperson Muzi Hlengwa said they would continue with the shutdown until the department agreed to issue them with permanent designation.

“Until we get the answer from home affairs, we will continue to shut them down, irrespective of the court order. It is not necessary to get an interdict while we are negotiating. All we want is a permanent designation,” he said.