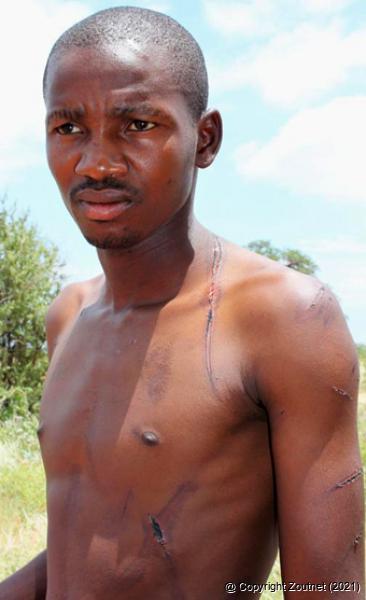 Millions of rand are on the verge of being paid out from the public coffers in damages to a Musina, Limpopo, man who was abducted by local police and handed over to their Zimbabwean counterparts.

Tshifhiwa Murema was a victim of a rendition in 2010. Not only was he extradited illegally, Murema also suffered vicious assaults at the hands of police from both his country and Zimbabwe over several days. He was jailed for 105 days in Zimbabwe without a trial, only for the robbery charges he faced to be withdrawn after appearing in court.

Another illegal extradition nearly befell Murema in 2012, as police again pounced on him while he was home. This time police rounded him up along with two other men from Musina, Jimmy Rasesu and Tshimangazo Mbedzi. The police assaulted the three during dramatic arrests around Musina and took them to a farm. In a vicious attack there, they were hoisted into the air and left to fall, and had pepper sprayed in their eyes and on their private parts.

Murema even dared police officers to rather kill him during this 2012 attack. Zimbabwe police refused to take him with them, reminding the South African police that he was cleared in 2010. Rasesu and Mbedzi were driven to Zimbabwe. But the police driving them foresaw potential trouble: the two men were so badly beaten that it appeared they might die. One was vomiting nonstop. Fearing the prospects of accounting for loss of life, they drove back to South Africa and dumped them in Musina. Murena was dumped near his home too. Police left him with a broken leg and several other injuries.

An officer identified as Colonel Tsikelele led the police’s illegal acts against the men in both 2010 and 2012. These details, which became incontrovertible after the State’s failure to prove otherwise, are contained in a scathing judgment delivered at the high court in Pretoria.

Judge Natvarlal Ranchod ruled that the three men had proved their claims against the State. The next step in the case was to determine whether the men were entitled to the R29.8m they jointly sought. Of this claim, Murema sued for R23.4m.

“I find that the claims for assault on each of the plaintiffs has been established. It is clear that the most humiliating aspect of their assault was being sprayed with pepper spray on the genitals and face. The testimony about that day brought Mbedzi to tears while giving evidence-in-chief,” said Ranchod.

Judge Ranchod also found that Murema was arrested unlawfully and rendered to Zimbabwe, where he was imprisoned unjustly for three months. In their testimony before Judge Ranchod, police denied everything. But all the evidence before court corroborated the claims against them, Judge Ranchod found.  He said the evidence “could not be shaken in cross-examination”, .

Police should shoulder the blame for all abuses that befell Murema after his illegal handover to their Zimbabwean counterparts, found the court.

“Tsikelele, a senior police officer, must have known that it was unlawful to hand over Murema to the Zimbabwean police without following the proper procedure,” Judge Ranchod said.