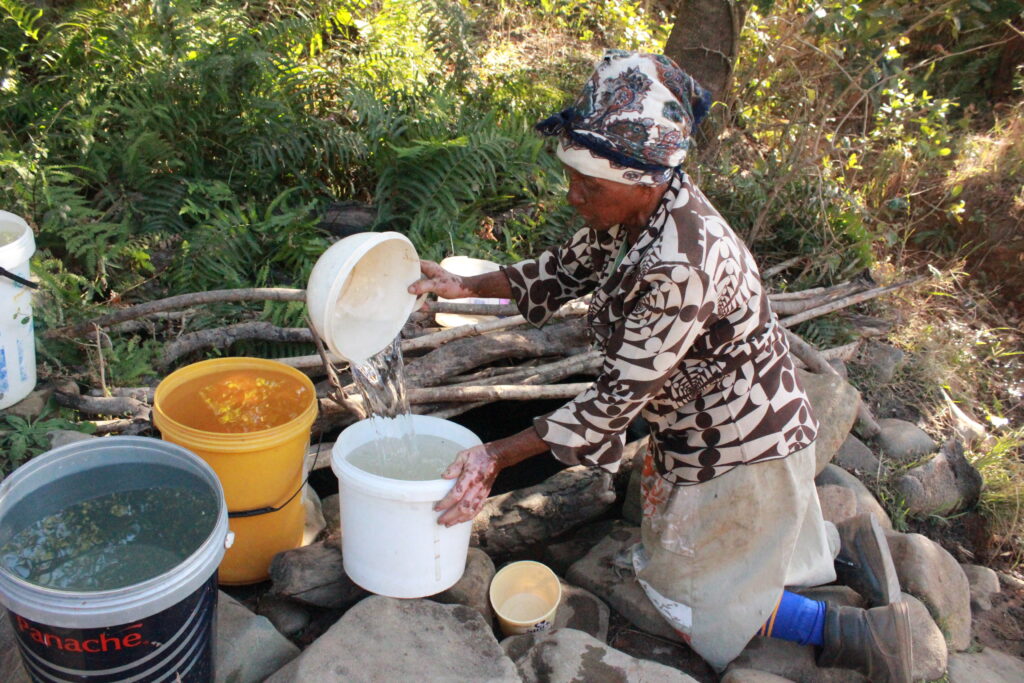 The residents of Thabakgolo have yet again raised concerns over “being taken for granted” in their pursuit of running water with the local municipality. The community members say the municipality doesn’t take their concerns very seriously.

In a previous article with Bushbuckridge News published in September 2018, Gogo Esther Malele told Bushbuckridge News; “This is the only water we’re able to access. We share the water with pigs, dogs and everything else you can think of. We’ve been drinking the same water for all our lives.”. “We don’t have anywhere else to fetch water but here,” she was speaking in reference to the small fountain they fetch water from.

In that very same previous article, the community also reported that the steel tank meant to supply the community with water, which was installed in 2005, had not sourced out a drop of water. “Back in 2005 the municipality provided us with a steel tank, 13 years later the tank hasn’t supplied even a single drop of water,” Phumollo Theko, the community’s chairperson said last year.

Recently, the angry community went to the municipality’s head office to demand to communicate directly with the executive mayor. The community now says a project had been handed over to install a water tank, yet they still don’t know the project manager; “We are taken for granted! Last year they promised to introduce the project manager to us. The project has begun already but now it has stopped without a reason, and what’s surprising is that we don’t even know who the contractor is,” one of the community members told Bushbuckridge News.