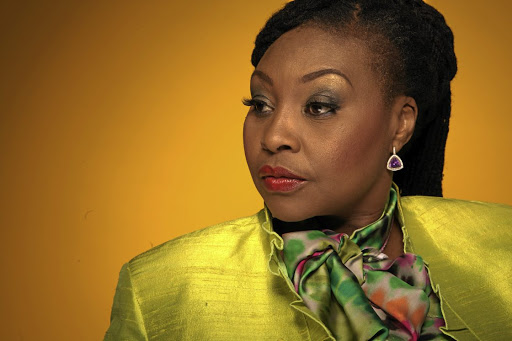 Local songstress Yvonne Chaka Chaka came under fire for a comment on Twitter regarding the coronavirus vaccine. Since President Cyril Ramaphosa announced the adjusted level 3 lockdown in late December last year, South Africans find solace on the internet as their form of entertainment. He also addressed the country on January 11 to explain the roll-out of the Covid-19 vaccine – which will be prioritised to front-line workers.

People expressed their views on the vaccine, and the songstress was one of them.

Taking to Twitter on Monday, the “From Me To You” singer asked why the Covid-19 vaccine was produced so quickly and why there aren’t vaccines for HIV and malaria yet.

She said: “Vaccine, Vaccine. We still don’t have one for Malaria non for HIV, but in a few months we have one for Covid can someone tell me how possible is this @WHO @EU_Partnerships @UN @NEPAD_Agency @PresidencyZA @Davos @unwomenafrica.”

Tweeps responded to Chaka Chaka’s tweet by expressing disappointment in her.

“She’s a UN Goodwill Ambassador married to a doctor. As a longtime admirer, I am so disappointed,” commented Madeleine Fullard.

Another Twitter user, Kagiso Phokane said: “Sigh… Mama Africa, Princess of Africa or whatever figment of imagination title you go by. Please I beg you to take a few minutes off of your studio time and research these viruses respectively on the internet and maybe, just maybe…”

Sal Amanda tweeted: “Malaria is a parasite. HIV attacks the immune system itself. Vaccine technology doesn’t work for these diseases. HIV is managed by ARVs which inhibit viral reproduction. It took millions and years to develop ARVs so your “victim” hypothesis is untrue.”

“I hope you are asking for curiousity’s sake because this virus is killing a lot of people in your age group and you of all people don’t have time to be anti-vaccine,” tweeted another user, YT: Neo URL.

Last year, Reuters released a fact-checking article regarding similar queries that were being made online. Debunking the naysayers’ concerns.

“Finding an HIV vaccine has been challenging because the virus ’mutates rapidly and has unique ways of evading the immune system,” the NIH’s National Institute of Allergy and Infectious Diseases stated.

“While typical vaccines imitate recovered patients’ immune response, ’there are no documented cases of a person living with HIV developing an immune response that cleared the infection While vaccines are usually inactivated or weakened viruses, ’inactivated HIV was not effective at eliciting immune responses in clinical trials’ and ’a live form of HIV is too dangerous to use’.”

In a bulletin on the World Health Organization, Professor Malcolm Molyneux, who has been doing research about malaria for years, comments on the development of the malaria vaccine.

“My first experience was when I was asked to be on the data safety monitoring board (DSMB) for a candidate malaria vaccine, developed in Colombia, called SPf66. When the news of the vaccine hit headlines around the world as an end to the curse of malaria in 1993, I went as the chair of the DSMB to (the United Republic of) Tanzania to see how a big trial was being carried out’” said Molyneux.

“The results were in the direction of efficacy but with borderline significance. I similarly observed subsequent trials of the same product conducted in Gambia and Thailand, which showed no efficacy at all against malaria infection or disease. Much was learnt about how to conduct and interpret trials against malaria, but we still had no vaccine,” he said.